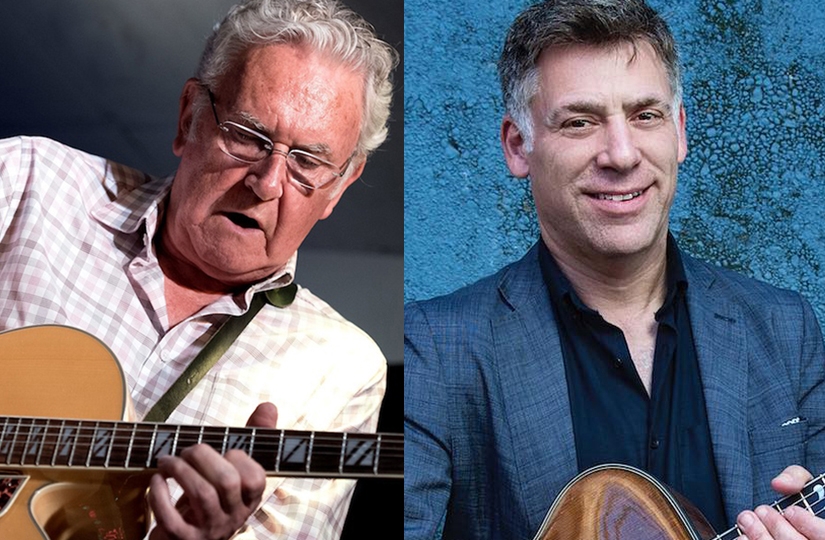 Guitarists Peter Bernstein & Jim Mullen performed at the Club on the 23rd of November and it was by all accounts simply brilliant. We live streamed the first set and re-streamed it the following week, but 'due to popular demand' we are going to show it again on Thursday the 16th of December at 8pm.

Easy and quick to register, streams cost just £5.95-£7.95 each with revenues supporting musicians, our pro tech staff and the Club: 606club.co.uk/account/videos/live/

Read a glowing review of this performance in London Jazz News, written by the highly-regarded UK guitarist Nigel Price.

More about Peter and Jim:
A New York native, Peter Bernstein is widely regarded as one of the finest exponents of modern jazz guitar alive today. Lauded by guitar genius Jim Hall as "...the most impressive guitarist I’ve heard" the 90's and 2000's saw him working with a who's who of International Jazz stars, including Diana Krall, Roy Hargrove, Joe Lovano and Sonny Rollins, while the New York Times described his long-standing trio with Larry Goldings & Bill Stewart as “the best organ trio of the last decade”. A truly innovative and complete musician, it is with enormous pleasure that we welcome this giant of the jazz guitar to the Club. And watch out for Peter’s Special Guest, the equally iconic UK guitarist Jim Mullen, who will be playing with Peter for the very first time at this show.