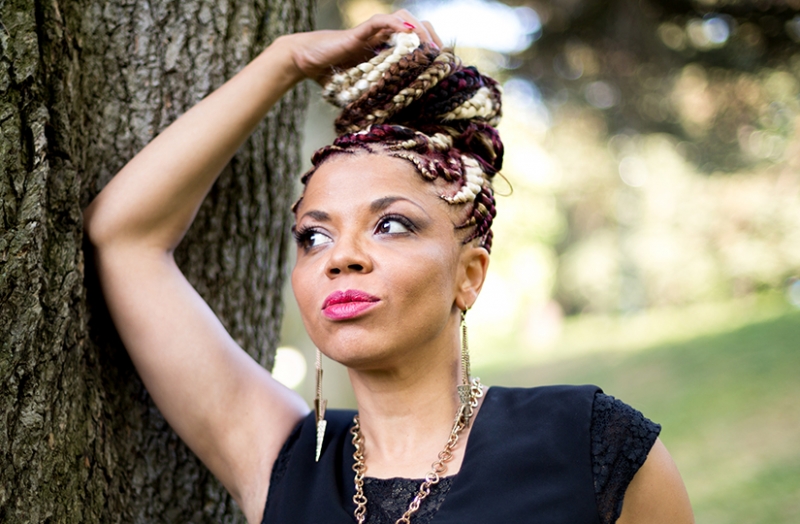 Born in France in 1972 to French and West African parents, the Award-winning Mina Agossi is making a long overdue return to the Club. A skilled performer with a unique style and delivery Mina first came to attention in 1995 when she co-produced an album of original tunes entitled “Voice & Bass”, using no wind, brass or keyboard instruments. That album won the “Young Self-Produced Talents” Award, giving her the chance to develop her skills through studies in the US and France. After moving to Paris she continued to grow and develop as an artist of considerable force and creativity, producing a series of highly acclaimed albums and establishing herself both in Europe and the US. After working with the likes of iconic US saxophonist Archie Shepp, in 2001 she produced her first live album, recorded in Brooklyn, eponymously titled “E-Z Pass to Brooklyn” that incorporated elements of hip hop, world music, blues and rock, and in 2005 she won ‘Best Newcomer’ at The Adami Awards that led to her appearing at numerous festivals and Clubs around the world. After singing the blues, both retro and off-beat, on her 11th album "Fresh" Mina is tonight launching in the UK her latest album "UrbAfrika", which marks a return to the music of the land of her father, Benin. Fusing traditions from Europe, the Caribbean and of course Africa, this latest album explores the rhythms and instruments of Africa in the context of Mina's Jazz and Contemporary-influenced singing and writing. Tonight Mina will be performing material from this latest CD in the company of her long time musical compatriot Eric Jacot on bass (and keep an eye out for some Special Guests)...This is a terrific gig from one of World Jazz’s outstanding vocal talents.

“Mina Agossi…exquisite… her fluid voice full of jazz spirit” Le Monde; “You will find, sensuality, fantasy, seduction and natural vocal effects and the goal not to imitate anyone” Telerama; “Her sensual voice is...the energy of the band.” Jazz New; "inflected, effortless and beguiling. Agossi makes jazz singing sound as natural as breathing" BBC