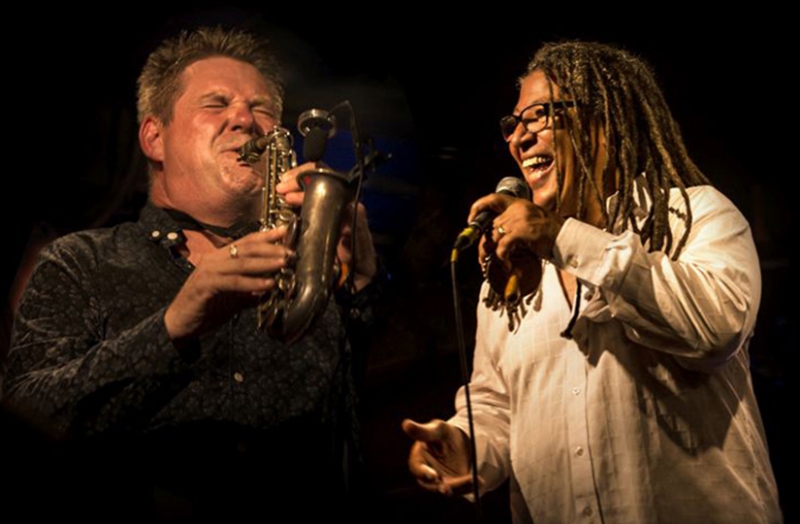 Well, this is pretty special, two of the UK's finest musicians, saxophonist Derek Nash and singer Noel McCalla, coming together to celebrate the music of one of the greatest singer/songwriters of all time!  An award-winning saxophonist, Derek Nash is perhaps best known as one of the featured saxophonists with the Jools Holland Band, leader of the enormously successful “Sax Appeal” and co-leader of the funk/groove outfit “Protect the Beat”. His muscular, fluent, modern jazz playing has been recognised with numerous awards, including “Best Jazz Ensemble” and “Best Jazz CD” as well as being voted one of the top 5 saxophonists in the country. Noel McCalla first came to prominence in the mid 80’s with the seminal Jazz/funk band Morrisey/Mullen. From the early 90’s, for more than 19 years, Noel’s searing, soulful vocals were featured with the iconic Manfred Mann’s “Earth Band”, but more recently Noel has moved away from his globe trotting exploits to front several new bands of his own. These two remarkable musicians, along with a stellar band that includes Neil Angilley (Vanessa Mae)-piano, Tim Cansfield (Bee Gees)-guitar, Jonathan Noyce (Jethro Tull)-bass and Nic France (Dave Gilmour)-drums will be bringing to life some of Stevie's most popular offerings, along with some of his equally great but lesser known songs, in their own, inimitable, style. A unique and powerful experience.