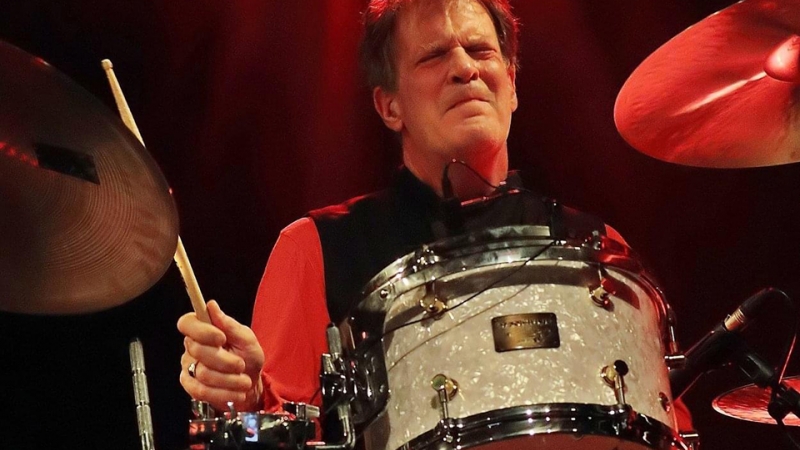 PLEASE REFRESH YOUR PAGE BEFORE ACCESSING THE STREAM - THANK YOU
If that doesn't help you see the stream close down your browser and access the Live streaming page in a different browser (i.e. if you are using Internet Explorer close that down and go back to the Streaming page using Google Chrome, Firefox, Microsoft Edge or similar).

Please Note: This stream is only available to view at 8:00pm on the evening advertised. To view this stream after that you will need to become a Premium Member in order to access our Pay to View video library where all our live streams are archived.

Gary Husband is one of a rare breed of musicians performing as a World-class drummer and an Internationally admired pianist and keyboardist. His classical roots, jazz and jazz/fusion credentials and his tenure in the pop, rock, funk and blues circuits can all be found in Gary’s distinct and far-reaching musical personality. For close to four decades Gary has worked alongside a vast and eclectic range of celebrated musicians including Allan Holdsworth, Jeff Beck, Level 42, Billy Cobham, Al Jarreau, Mike Stern and Steve Hackett, while further live & studio credits include the likes of jazz musicians Randy Brecker, Christian McBride, Bob Berg, Joe Lovano, Charles Tolliver and Peter Erskine. His alter-ego as a pianist/keyboard player also helps bring an extra dimension to his musicality at the drums and indeed he has been the keyboardist and second drummer in John McLaughlin’s 4th Dimension since 2007. Tonight Gary, a very old friend of the 606 Club (he first performed here back in the 1980’s), will be bringing in his latest project “The Speed Racers Plus 1” featuring Gary on both drums and piano alongside Graeme Blevins on saxophones and Sam Burgess on bass, plus special guest, David Preston on guitar. Gary, Sam and Graeme quite recently formed this exhilarating trio as Gary puts it: “simply out of a common, mutual joy of playing and creating together”. All three musicians write for this distinctive group and recordings are on their way. For this performance however, the core trio will be augmented with the addition of a special guest musician (the “Plus 1”!), playing not just existing repertoire, but new material especially written for the gig tonight. This is a rare opportunity to hear this remarkable musician leading his own band and not to be missed.