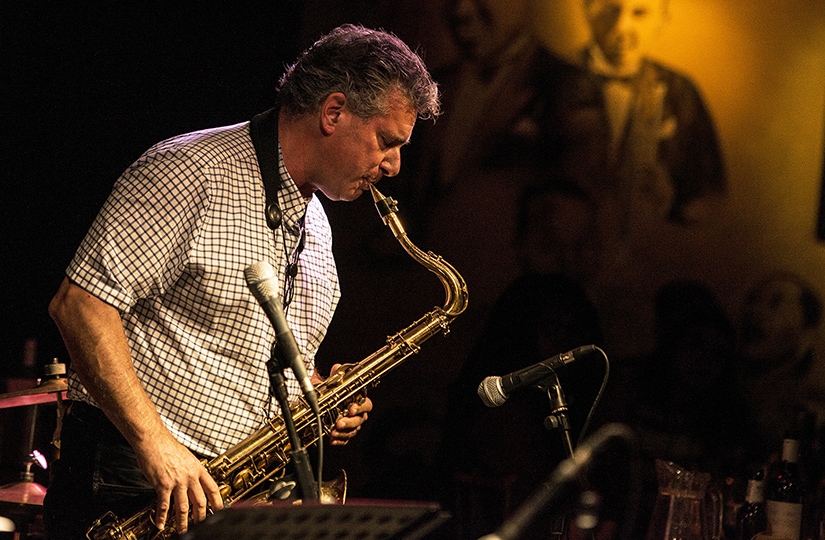 Though he's not able to perform in front of a live audience due to current Covid restrictions, Dr Dan Reinstein and his superb modern jazz quintet will be playing this Thursday 12th at the Club for our virtual audience on 606 Online.

This is one of the best streams you'll find on the internet, with state-of-the-art video and sound! Easy and quick to join, most streams cost just £4.95 each with revenues going to the musicians and tech staff, as well as the 606 so we can keep the lights on during this challenging time.

American born but British educated, saxophonist Dan Reinstein first began playing at the old 606 Club on Kings Road when he was a medical undergraduate. Even then he was impressive, and after taking time off from his medical studies to attend the Berklee School of Music he became even more remarkable. Dan returned to the US in the early 90s where he became one of the world’s leading experts in laser eye surgery (he’s now officially Professor Reinstein). But he never stopped performing, and when he returned to London to live and work it was great to hear his fluent, classic hard-bop, muscular sax playing again at the Club, where he and his quintet have been monthly regulars since 2003. Also featured tonight will be Shanti Jayasinha on trumpet and Tim Lapthorn on piano.