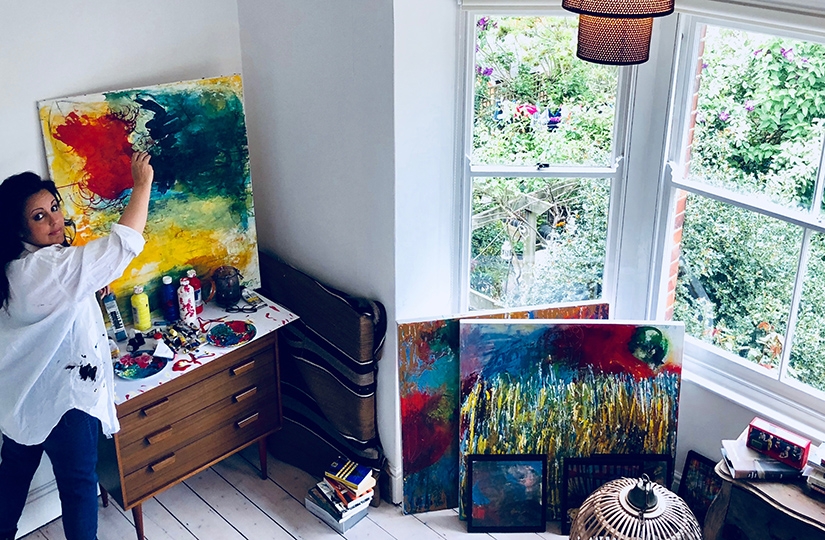 Sarah Gillespie is an acclaimed singer, songwriter and guitarist who played some of her first gigs at the 606 Club (and also worked in the Club's office once upon a time)! As such she is near and dear to our heart, and it's been great to see her flourish - with four critically acclaimed albums to her name and another on the way, she was described by MOJO Magazine as a "beat poet adventurer who strays beyond the realm of singer songwriter" and "incandescent" by the Guardian. Touring extensively for the last ten years, Sarah has performed live on BBC Radio 4’s Woman’s Hour, Loose Ends & been interviewed by Andrew Marr on the role of politics in the arts on Start the Week.

In addition to her vast musical gifts, Sarah is a renowned artist. She was to have performed at the Club on the 14th May, which event was also to include an exhibition of her paintings, a collection titled "Tango Palace". Though that show was unable to take place, Sarah's paintings are now available on her website, with 20% of any sale going to the 606.

Thanks to Seb and the team at London Jazz News for including information about Sarah and her generous gesture in this week's edition of the London Jazz Newsletter - if you aren't subscribed, you can view it here.

As mentioned, Sarah will be releasing new music soon so watch the 606 website, eletter and socials for news about that.