Tools of the Trade: Alex Garnett 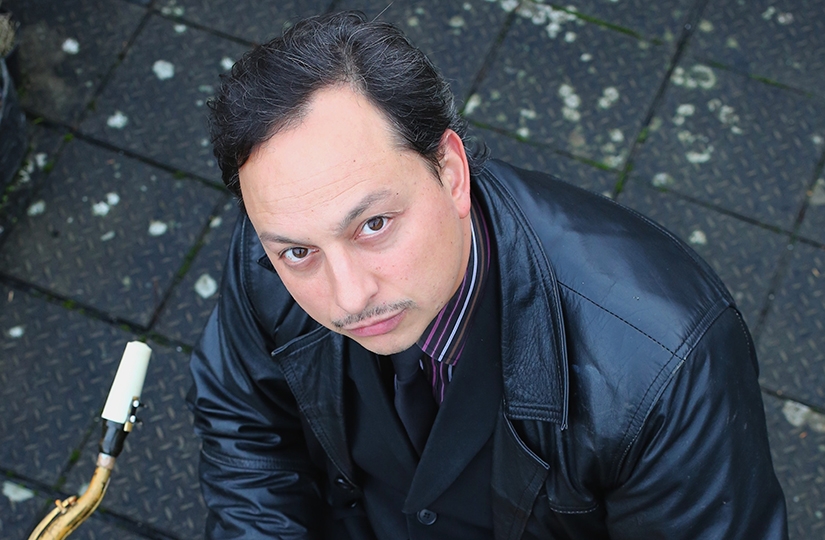 A “musician’s musician” Alex Garnett has enjoyed a varied musical career as both a pro jazz artist and an in-demand session and studio saxophonist. His powerful, flowing, hard bop sax style has been heard with some of Europe's leading bands and creative jazz ensembles, and it is testament to his reputation that Alex is also one of the few headlining UK jazz musicians in the current Ronnie Scott’s All Stars pool. Alex also plays regularly at the 606 (Including this Saturday 15 September) and tells about one of his favourite instruments.... I’ve been lucky to be part of the All-Stars pool and working as a representative of Ronnie Scott's in London's West End since its refurbishment some 12 years ago. As well as playing at the club, I’ve been out on the road touring a show called the “Ronnie Scott's Story” which highlights the musical life and times of the great man himself and the legendary club that bears his name. A few years ago, en route to a show in Cheltenham, I dropped in on a tiny music store on the outskirts of Oxford with a tipoff that they had some good secondhand vintage instruments. The shop turned out to be a veritable Aladdin‘s Cave of music of instruments, including a large display case in the corner containing photos along with the tenor saxophones that belonged to the U.K.’s foremost modern jazz quintet (in my humble opinion),the Jazz Couriers. On the left a Selmer Mk6 that belonged to Edward “Tubby’ Hayes, Britain's answer to Charlie Parker, and on the right an old 1940’s Conn 10m saxophone that was one of Ronnie Scott's first Tenors.

As I peered through the glass, the shop proprietor leaned over my shoulder and said; “would you like to take Ronnie’s saxophone on the road with you? I think it would make a great addition to the show"! I jumped out of my skin at the offer and gladly accepted. Scott’s saxophone had been in a display case since the 80s, was covered in dust and needed a bit of TLC but it spoke to me!

Before the handshake there was a small question of finances. As it turned out Ronnie Scott had given it to a gentleman in the 1970’s In lieu of money owed on an unsuccessful horse bet which, if you knew Ronnie, was a typical story. He was known to love a flutter and on the geegees from time to time, and probably realised his old saxophone had had its day but could still be of use one last time. The gentleman in question, a bookie, turned out to be a keen amateur musician and a regular customer of Ronnie Scott's club in the 60s.The new owner eventually brought the saxophone into the shop to cash the debt probably realising he didn’t have what it took to be a bebop saxophonist.

So by strange fate and good fortune, after settling the debt once again with the shop, the sax came to me. I restored the instrument to battle-ready condition and it now resides amongst my top tier of working instruments. It's a regular feature on the road with Ronnie Scotts club quintet and of course has come home again to Soho where it belongs!