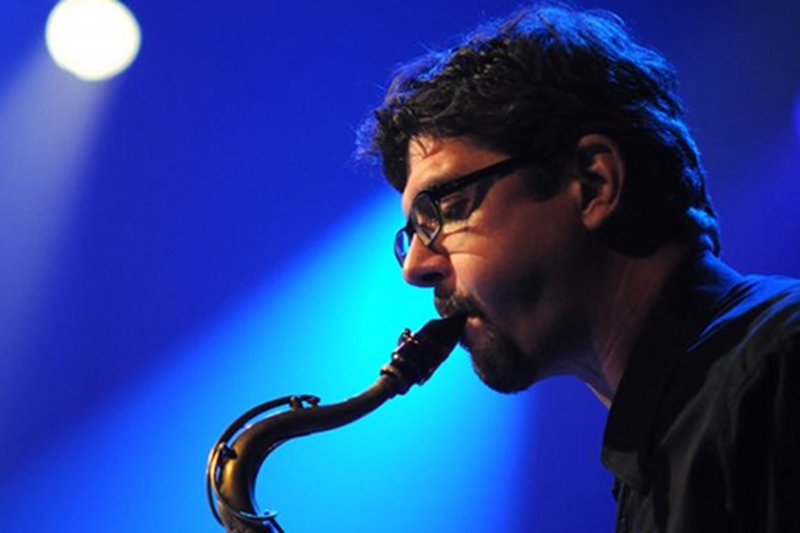 Originating from St. Louis, Missouri, Chris Cheek has been playing the saxophone since the age of 12. After attending the Berklee College of Music in 1988, where he studied with Herb Pomeroy, Joe Viola and Hal Crook he moved to New York and has since compiled an immensley impressive CV. He has toured and recorded with Charlie Haden's Liberation Music Orchestra, The Bloomdaddies, and the Orquestra de Jazz de Matosinhos, as well as appearing with the likes of Bill Frisell, Brian Blade, Lee Konitz, Carla Bley, Tom Harrell, Wolfgang Muthspiel, Kurt Rosenwinkel and El Muchacho and has appeared on more than one hundred albums! As well as recording and performing as a sideman, Chris has recorded 4 albums as a leader for Fresh Sound Records, the first of which was released in 1997 featuring Kurt Rosenwinkel. A fifth album ‘Saturday Songs’ was launched in 2016 with Sunnyside Records. Currently, Chis's fluent and melodic playing can be heard with the Brooklyn Boogaloo Blowout, Rudder, Steve Swallow's Quintet, Guillermo Klein's "Los Guachos", and the newly formed Axis Saxophone Quartet, alongside fellow sax stars Joshua Redman, Chris Potter and Mark Turner. Tonight Chris will be making his debut appearance at the 606 Club alongside a first call rhythm section of Graham Harvey-piano, Simon Woolf-bass and Sebastiaan de Krom-drums. "The idea that jazz has to renew itself sometimes results in rather pretentious and purely intellectual experiments with form, but it is possible to play inventive and intellectually stimulating music without losing a sense of fun and inclusive curiosity. Saxophonist Chris Cheek is the proof" All About Jazz; "Cheek seems to be able to move in all possible musical directions, but the nice thing is that he does not try to prove himself. Instead, he lets the music unfold naturally"  All About Jazz; "It takes an artistic sensibility as focused and fully realized as Cheek's to work with the raw materials at hand and come up with something smashing" All Music Guide