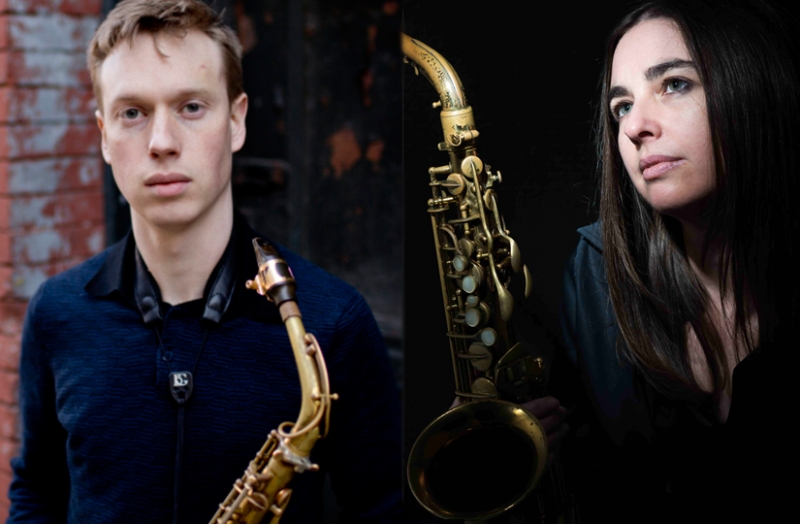 This gig is part of an occasional series, a sort of musical "match making", where we invite two like minded players, usually from different musical generations, to perform together for the first time. The two excellent saxophonists who are featured this evening are the established and well respected Allison Neale and the highly regarded young musician Sam Braysher. A beautifully fluent and inventive player on both alto sax and flute, Allison Neale plays in a strongly melodic “West Coast cool jazz” style reminiscent of her main influences Paul Desmond (of Dave Brubeck fame), Art Pepper and Stan Getz. Her brilliant compositions, relaxed tempo and melodic approach provide a fresh insight into modern jazz and her work in groups such as John Dankworth’s Big Band and “Generations” band have established Allison as one of the scene’s leading sax and flute players. The Award winning saxophonist Sam Braysher performs across a wide variety of styles and includes work in all the prestigious jazz venues across London. When leading his own bands (an early edition of which won the 2010 UK Jazz Radio Young Performers’ Award) he takes a particular interest in exploring lesser-known material from the American Songbook and jazz canon. In 2017 he received critical acclaim for his debut album, Golden Earrings (Fresh Sound New Talent Records), a duo recording with NYC pianist Michael Kanan, with the Observer awarding it four stars and a number of jazz journalists selecting it in their ‘Best of 2017’ lists. Although aware of each other's work, Allison and Sam have never actually played in the same band and both say that they are really looking forward to this opportunity to perform together for this first time. Accompanied by a trio of their choice, this will be a unique quintet gig featuring two beautifully melodic musicians.