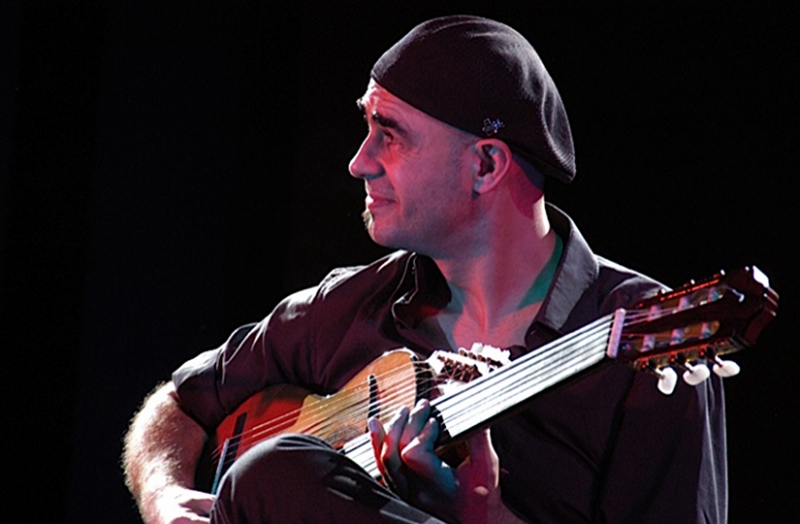 Antonio Forcione is considered to be one of the most charismatic and inventive performers to come out of Europe in recent years. He breaks the mould of conventional, popular guitar sounds in the fields of Jazz, Spanish, African, Brazilian and improvised music and has received critical acclaim worldwide. He has released 16 albums, which have variously hit the top of British and international jazz charts and has shared stages around the globe with some of the world’s most accomplished musicians, including John McLaughlin, John Scofield, Jason Rebello and Martin Taylor. This highly charismatic and impressive musician fuses African, Brazilian, modern jazz and contemporary tunes into a wonderfully unique and enjoyable sound. Tonight Antonio will, unusually, be performing solo, but given his remarkable technique combined with an innovative approach to the instrument (he treats it as much as a percussion instrument and piano as a simple guitar), he sounds like a big band! And just to help things along, Antonio's Special Guest this evening will be the wonderful Italian singer Marta Capponi (see Mon 13th). This is an extremely rare chance to hear Antonio in a solo setting and promises to be an exceptional gig from an incomparable musician.

"It can tug at your heart strings, make your spine tingle with joy or trigger a smile after a hard day’s work. Seventh heaven. Guitar nirvana." CloseUp Culture; “…brings more sounds from an acoustic guitar than you’ve ever dreamed…superb” Daily Mail; “miss him at your peril” The Stage; “a one-man musical sensation - unmissable” The Scotsman