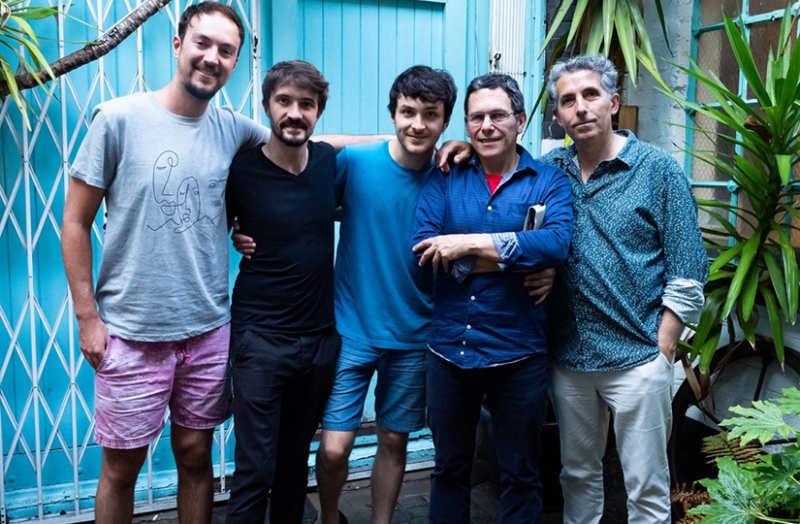 A fluent and impressive jazz pianist, in more recent years Adam Glasser has also established himself as one of Europe’s leading jazz chromatic harmonica players. A virtuoso on the instrument, Adam’s playing is eloquent, subtle and constantly inventive. Internationally recognised for the “Township” influenced music of his native South Africa he has released two critically acclaimed recordings, winning the “Best Modern Jazz Album” award at the 2010 South African Music Awards with his wonderful album “Free at First” while the follow-up, “Mzansi” was also short listed by SAMA in 2012 for “Best Jazz Album”. As well as work with the likes of Sting, Eurythmics and Joe Zawinul Adam is a founder member of the Township Comets and in 2014 had the honour of playing several dates with iconic SA trumpeter Hugh Masekela, which included the opening of the Commonwealth Games.

"[Adam Glasser]... has brought a truly unique voice and idiom to the constantly evolving language of jazz... a challenge to equal for sheer scope of virtuosity, musicality and surprise" AllAboutJazz; "the virtuosity and panache associated with practitioners on more conventional instruments… a wholly impressive evening's music from a man in complete control of his considerable resources" VortexJazz