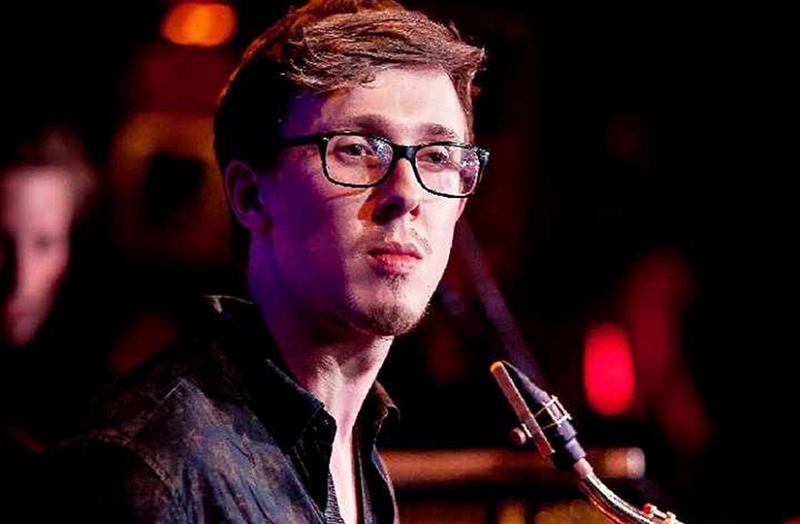 A graduate of the Royal Academy of Music, Alex Hitchcock's fluent, melodic and creative style has already made a significant impression amongst those in the know. His own quintet released their debut EP in May of 2018, followed by a 15-date national tour and performances at Ronnie Scott's, Pizza Express, Love Supreme Festival, the Barbican and Royal Albert Halls, as well as touring to Spain, Italy, Hungary and Poland and features on BBC Radio 3 and Jazz FM. In addition, Alex is a member of the award-winning contemporary big band Patchwork Jazz Orchestra and has performed with, amongst others, Soweto Kinch, Chris Cheek, Stan Sulzmann, Dennis Rollins and the BBC Big Band. Tonight Alex will be featuring his "straight ahead jazz" side, performing a set of music derived from the Classic American Songbook and modern jazz canon. Highly recommended.

"Alex Hitchcock…a fantastic talent….undoubtedly one of the stars of the future" JazzFM; "Hitchcock…a sax virtuoso... one to watch" Jazzwise; "...perfectly shaped notes and beautiful phrases from the bell of his saxophone. It’s a spellbinding process to witness" The Jazzmann