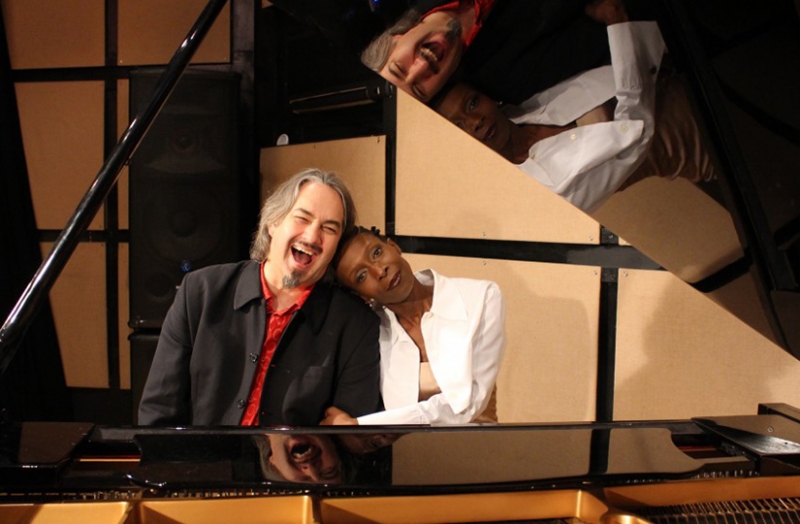 Formed by composer and keyboardist Gordon Hulbert and vocalist Alison Limerick, "Algorisms" is an impressive band that performs a mix of classic grooves, contemporary songs and the occasional excellent original. Musical director and producer Gordon Hulbert has a long history performing live with artists as diverse as Hugh Masekela, Chaka Khan, Alexander O’Neal and Heatwave. He leads a double life as a composer/producer for movies and TV, opening his own recording studio in Notting Hill in 1997. Alison Limerick was heavily involved in the early days of the burgeoning UK soul/jazz movement, including work with Courtney Pine, JTQ and Roger Beaujolais. She has an impressive list of credits scoring worldwide hits with “Where Love Lives”, “Make It On My Own” and “Love Come Down” and her albums, ‘And Still I Rise’ and ‘With A Twist’ released on BMG and ‘Spirit Rising’ were received with considerable praise. As a session singer she has worked with the likes of George Michael, Tony Hadley, The Style Council and Pete Waterman. Accompanying Alison and Gordon this evening will be, unsurprisingly, some of the finest musicians around, James Gardiner-Bateman (Beverley Knight, Paloma Faith)-sax, Winston Blissett (Massive Attack)-bass and Tony Mason (Eddy Grant, Jazz Crusaders)-drums. A special evening from musicians at the top of their game.