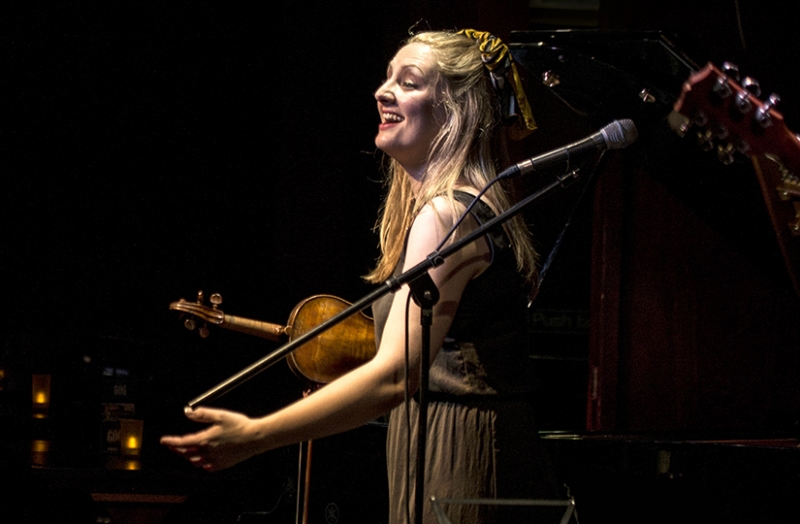 Although still relatively new to the scene, Alice Zawadzki has already developed into a stunning musician in the vanguard of the post-modern contemporary jazz movement, with a list of accomplishments that are long and impressive. She earned a BMus (hons) in violin before graduating with an MA in jazz voice and composition from the Royal Academy and along the way has been the recipient of scholarships from the Musicians Benevolent Fund, the Jerwood Foundation and Scottish Arts Council. She was selected to participate in jazz promoter Serious’ “Take Five” Edition X artist development program and her first record, “China Lane”, was released to considerable acclaim. Her songs are self-described as about “mischief, whimsy, magic, inebriation, loss, exodus, prejudice and above all, love”, while her sound is earthy, organic and satisfying. A uniquely expressive performer and a gifted storyteller, Alice is a breakthrough artist of the highest caliber. Joining Alice this evening will be her equally impressive band of Award winning musicians, Rob Luft-guitar, Fred Thomas-piano/banjo/drums (well, everything really!) and Misha Mullov-Abbado-bass.