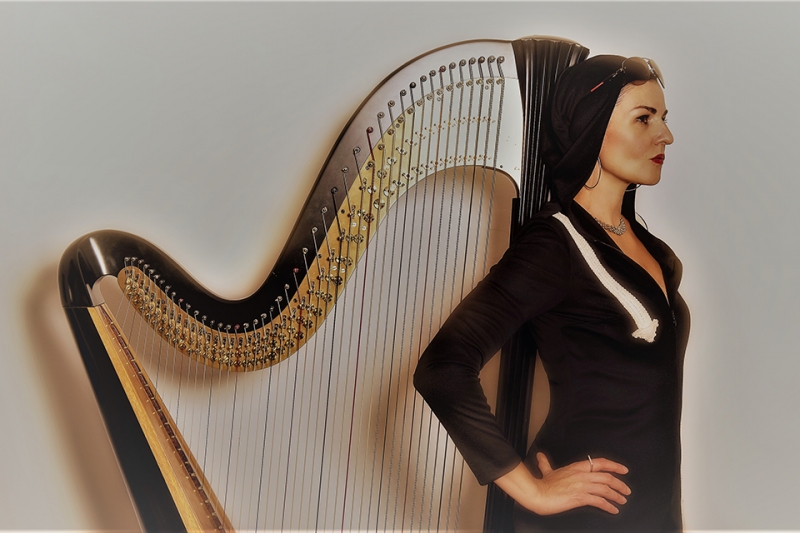 “...a modern-day supremo, is the among the best contemporary harpists”

Jazz Harpist Alina Bzhezhinska stormed the UK music scene when she and her quartet appeared at the Barbican during the EFG London Jazz Festival alongside Denys Baptiste and Pharoah Sanders – receiving a nomination for Best Live Experience of the Year at the 2018 Jazz FM Awards. Her critically acclaimed debut album ‘Inspiration’ (Ubuntu Music) featuring award-winning saxophonist Tony Kofi further affirmed her growing reputation, and she has since performed at major venues and festivals including Edinburgh International Festival, Royal Albert Hall and the WOMADelaide Festival in Australia. For this year’s EFG London Jazz Festival programme Alina creates a unique sound on the harp with effects pedals and electronics, paying homage to some of jazz, funk and hip-hop’s greatest innovators though a combination of original works and covers. Her band includes her longtime collaborator Tony Kofi as well as the innovative trumpeter Jay Phelps, supported by bassist Mikele Montolli & percussionist Adam Teixeira. MMXX is the title of Bzhezhniska’s new album to be recorded at the end of the year – be the first to hear the music live.