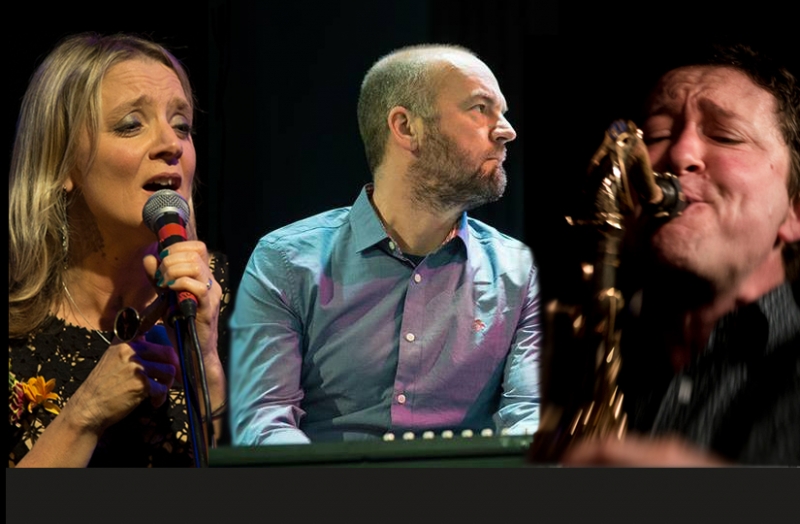 This is a fabulous trio featuring three of the most impressive modern jazz musicians currently working on the UK Jazz scene, singer Imogen Ryall (The Cloggz, Joe Stilgoe), saxophonist Julian Nicholas (Loose Tubes, Claire Martin, Carleen Anderson) and pianist Liam Noble (Kenny Wheeler, Christine Tobin). The concept behind the trio grew out of an invitation for Imogen, Julian and pianist Mark Edwards to perform a one off concert in 2016. The combination worked so well that they decided to go in to the studios and record an album in this format, the result of which is the CD "One January Morning" released in June this year on Beeboss Records. Imogen and Julian have worked together in various ensembles for many years and this familiarity with each other's work is evident in the relaxed, playful yet totally engaging rapport that they have between them. And this unforced interplay is enhanced by the presence of the highly acclaimed pianist Liam Noble, who this evening completes the trio. The music is based around the CD and is a mixture of classic jazz standards, music from the likes of Wayne Shorter and Brad Mehldau plus originals from the pen of Julian with lyrics provided by Imogen. Julian has had a large body of his original material lyricised by Imogen, who has received accolades for her poetic lyrics from the likes of Liane Carroll and Claire Martin. A very special evening from three extraordinary artists.

“Imogen Ryall is without doubt a hidden gem on the UK jazz scene" Claire Martin; “Julian Nicholas is a saxophonist of not only great technical prowess but also delicacy of expression and intensity of feeling” The Times; "Liam Noble…a brilliant pianist who hardly plays a solo without at least one turn of phrase that brings you to the edge of your seat" The Guardian