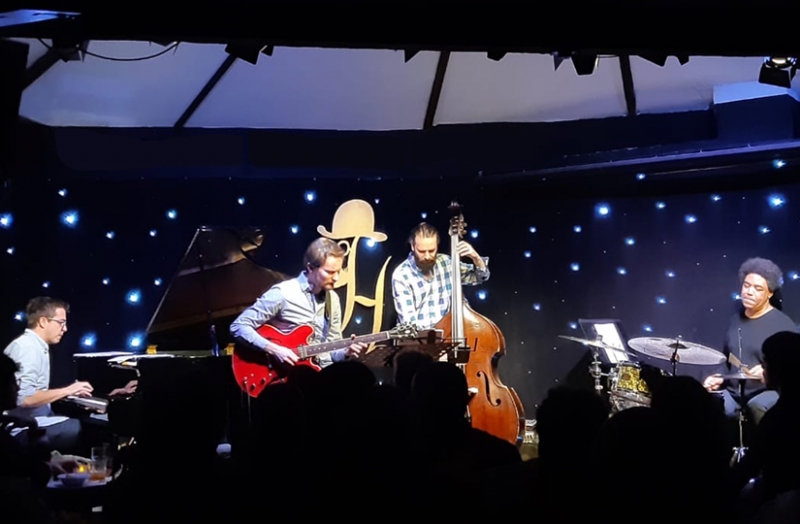 “"One of the most original voices of the European Jazz Scene"”

Whilst reading physics at Edinburgh University Ant Law won a scholarship to spend a semester at the world famous Berklee College of Music, Boston where his interest in jazz improvisation was developed and nurtured. After completing his degree he moved to London and then New York where he continued studying and playing. On his return to the UK it wasn't long before he was attracting attention and his debut album as a leader, “Entanglement" released in 2013, received considerable critical acclaim. A 29-date tour followed before Ant took himself to Brazil to complete his second volume of compositions, which became the highly acclaimed CD “Zero Sum World", released on the prestigious Whirlwind label in 2015. Unsurprisingly Ant has also become first call for some of the UK's finest musicians and can be heard performing regularly with the likes of multi-award winning saxophonist Tim Garland and acclaimed pianists Gwilym Simcock and Jason Rebello as well as saxophonist/composer Paul Riley, Partikel and Trio HLK and 2016 saw the emergence of his own highly acclaimed Art Of Rhythm trio. Tonight Ant will be bringing a new project to the Club featuring Matt Robinson-piano, Fergus Ireland-bass and Ernesto Simpson-drums performing “original tunes by me, Matt & Fergus as well as some Brazilian tunes by Hermeto Pascoal and Toninho Horta”. Described as “an innovator" by The Guardian, Ant has undoubtedly come of age as an impressive and creative musician.