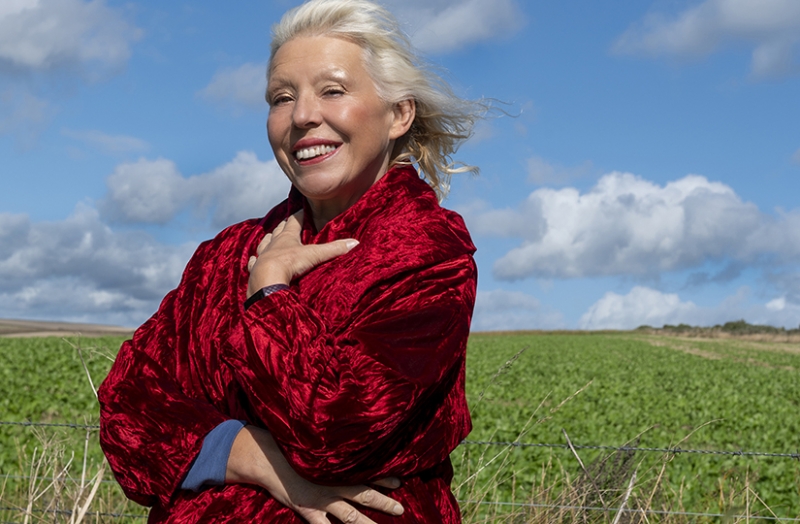 Described as “Britain’s most gifted song stylist” and “one of Europe’s most intriguing and intelligent interpreters of the contemporary song” multi-award-winning vocalist Barb Jungr has successfully combined the intricacies of cabaret with the power of jazz to create a unique concept of popular music. Across her 40 year career Barb has been internationally acclaimed for combining immaculate vocal technique, impassioned performance, piercing insight and beautifully unexpected musical arrangements to reinterpret European and American popular songs in a manner which The New York Times described as ”revelatory”. She has released over 20 recordings many of which have become regarded as classics - American jazz writer Will Friedwald devoted a chapter to her Dylan collection “Every Grain of Sand” in his book The Great Jazz and Pop Vocal Albums. Barb’s numerous Awards include: New York Nightlife Award for Outstanding Cabaret Vocalist, Backstage Bistro Award for Best International Artist, and Time Out New York’s #1 Top Live Cabaret Act for 2011. For this 606 performance the repertoire will include Barb's favourite compositions by Bob Dylan, Leonard Cohen as well as other love songs in what she describes as "a burst of love in Spring collection".  Barb will be joined by Jenny Carr-piano (Imelda May, Billy Ocean), Dudley Phillips-bass (Susheela Ramen, Bill Withers) and Jonathan Lee-drums (BB King, Mavis Staples).

"Élan, intelligence and passionate engagement: British chansonnier Barb Jungr brings all of it to her exemplary performance" World Music Report; “The only word to describe her dramatic interpretations is revelatory...I was open mouthed with astonishment.” New York Times; “genius” Time Out London; “One of the very best nightclub singers in the world” Time Out, New York; “Barb Jungr proves she’s a genuine jazz marvel….A true musical alchemist… who should not be missed” Telegraph

Artist Notification Get notified when Barb Jungr plays at the club.