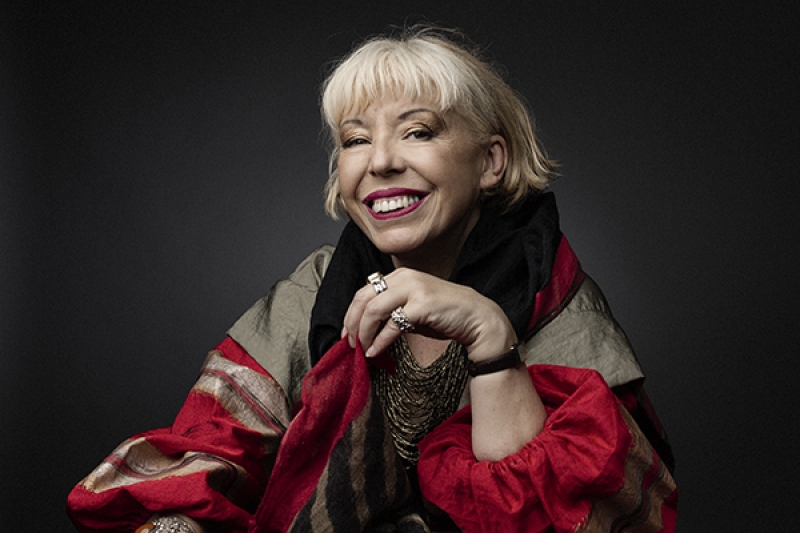 Described as “Britain’s most gifted song stylist” and “one of Europe’s most intriguing and intelligent interpreters of the contemporary song” multi-award-winning vocalist Barb Jungr has successfully combined the intricacies of cabaret with the power of jazz to create a unique concept of popular music. It is little surprise that her recordings have been chosen “Album of the Year” by The Sunday Times, The Telegraph and The Washington Post. A regular performer these days in the US as well as the UK, Barb was the recipient of the “Best International Artist” in New York's “Backstage Awards for Excellence in Cabaret” and is currently short-listed for recognition as “Best Singer” by both Broadway World & London Cabaret, adding further to her burgeoning reputation as a singer whose unique voice and imaginative arrangements are internationally acclaimed. She's been a guest on Start The Week, Saturday Live and A Good Read on BBC Radio 4, appeared on BBC4 TV in a programme celebrating the lives of the great jazz divas, was profiled in the Independent on Sunday magazine and has written for The New Statesman. For this 606 gig, accompanied by Simon Wallace on piano and Davide Mantovani on bass, Barb is featuring her programme of songs by Bob Dylan and Leonard Cohen, originally recorded on the 2014 album “Hard Rain”, considered to be one of the definitive interpretations of Dylan’s work. Barb’s association with the songs of Bob Dylan has been as successful as it is long and she is frequently cited as one of the best Dylan interpreters in the world, as this review from the Wall Street Journal states:  “... “Barb Jungr Sings Bob Dylan: Every Grain of Sand”…is, as far as I’m concerned, the most significant vocal album of the 21st century thus far”.  Dubbed “the female voice of Bob Dylan”, Jazz critic and authority Will Friedwald (Wall Street Journal, New York Times, Village Voice, Newsday, New York Observer et al) has since singled out Barb’s Dylan canon as worthy of an entire chapter in his upcoming book “The Great Jazz and Pop Vocal Albums” to be published this October. One New York critic wrote of her show "Jungr is so supernatural at what she does that she transcends any sort of easy categorizing and rises to a uniquely higher plane. Part of the explanation is her ability to delve into songs and find things in them even their manufacturers hadn’t realized were there." Her astonishingly powerful performances wow audiences and critics alike: Time Out New York said her concerts are like religious experiences, naming her as one of the "ten things you need to see in your life”. A very special gig this one.  "Élan, intelligence and passionate engagement: British chansonnier Barb Jungr brings all of it to her exemplary performance" World Music Report; “The only word to describe her dramatic interpretations is revelatory...I was open mouthed with astonishment.” New York Times; “genius” Time Out London; “One of the very best nightclub singers in the World” Time Out, New York; “A genuine jazz marvel" The Telegraph