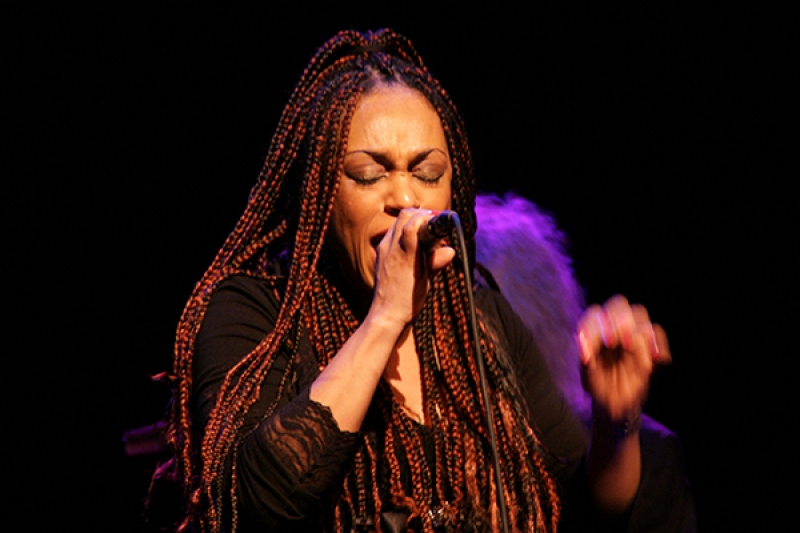 Beverley Skeete has had a career in the music industry that is the stuff that dreams are made of. As well as being a first call singer for numerous high profile projects she was a pivotal member of ex-Rolling Stones’ bassist Bill Wyman’s project Rhythm Kings, playing and touring with them since the mid-1990s. Bill said of her contribution to their music, “she turned out to be my biggest find of all – putting another dimension into our songs”. As well as Bill her CV is loaded with the names of dozens of well-known pop, soul and dance acts with whom she’s recorded including Robbie Williams, Will Young, M People, Tina Turner, Jimmy Cliff, Jamiroquai and Dido. Her live credits are also extensive, including the likes of Elton John, Chaka Khan, Georgie Fame, Dusty Springfield, Tom Jones and Johnny Cash. And if all that wasn’t enough she has also found the time to release five solo albums. It’s fair to say that Beverley’s talent and versatility have put her in a class that few can equal. For her 606 date she has put together a standout band, including Nial Tompkins-guitar, Jason Thompson-piano, Nick Cohen-bass and Geoff Dunn-drums. And to create even more interest, she’s also asked the wonderful singers Kevin Leo & Angie Brown to join her to help make the night just that little bit more special. This gig is an opportunity to get up close to one of the UK scene’s great singers and her truly impressive Friends.