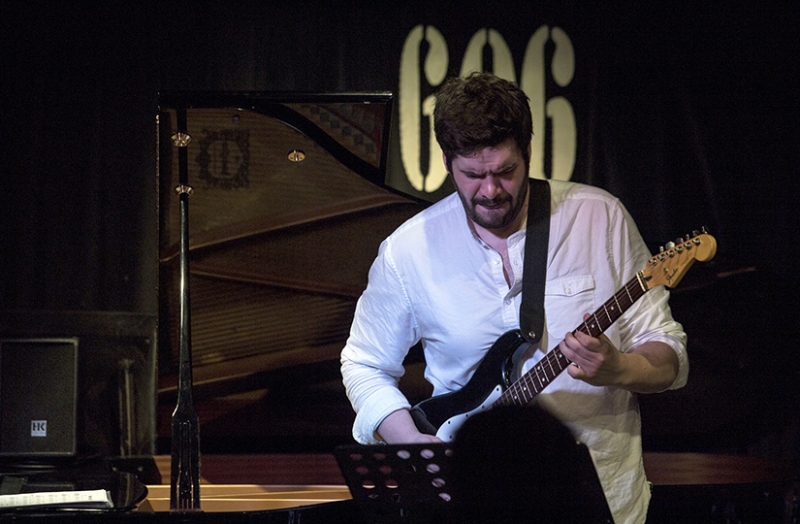 This fantastic "Groove" gig features the band of guitarist Bobby Quigley, a formidable young musician who includes work with the likes of Pete Ray Biggin, Imaani and Katie Leone on an impressive cv. Describing the music as a 'tasteful modern take on early 70's groove, jazz & world music', influences range from Miles Davis, Herbie Hancock and Charley Patton to James Brown, Sly & the Family Stone and D'Angelo. Deeply versed in the great feeling records from the 60's and 70's, the band embraces these roots while updating them in a fresh and contemporary way... and keep an ear out for some modern twists on some soul classics & some original material too. Bobby has put together an ace lineup of musicians to join him on the stand: Carl Hudson (Boy George)-keyboards, Richard Bailey (Jeff Beck)-drums, Pete Eckford (Dave Lewis 1Up, The Herbaliser)-percussion and Neville Malcolm (Incognito/Tom Jones)-bass. It's also Richard's birthday so expect a particularly special vibe in the room!