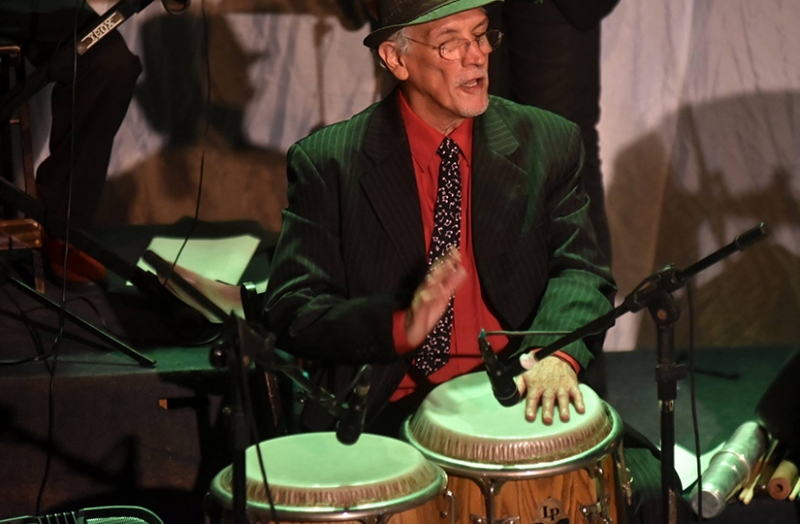 “Arakatuba” is a 7-piece Brazilian/Jazz “Groove” band led by one of the finest Brazilian percussion players to have worked in Europe, Bosco De Oliveira. The band has performed its brand of Jazz influenced Brazilian music around the world, including work with the likes of Airto Moreira (Miles Davis) and Dom Um Romao (Weather Report). Bosco himself was resident in the UK for almost 30 years and is considered to be one of the most influential of the Brazilian musicians to have lived here. He was one of the co-founders of the London School of Samba and includes work with the likes of Hamish Stuart and Terry Callier on a hugely impressive cv. A highly regarded teacher and lecturer Bosco also holds a Masters degree in Music from London University. Also featured in the band tonight are Dave Bitelli (Elton John, Jools Holland)-sax, Chris Batchelor (Loose Tubes)-trumpet, Dennis Rollins (BadBone & Co)-trombone, Steve Lodder (Paul McCartney, Andy Sheppard)-piano, Andy Lafone (Da Lata)-bass and Fabio D'Oliveira-drums, playing music Bosco describes as “Brazilian roots with a Jazz/Dance approach”. Bosco moved back to Brazil several years ago now which means this will be a rare chance to catch this iconic musician in the UK. It's great to welcome back this old friend of the Club so expect plenty of guests and some joyous music!