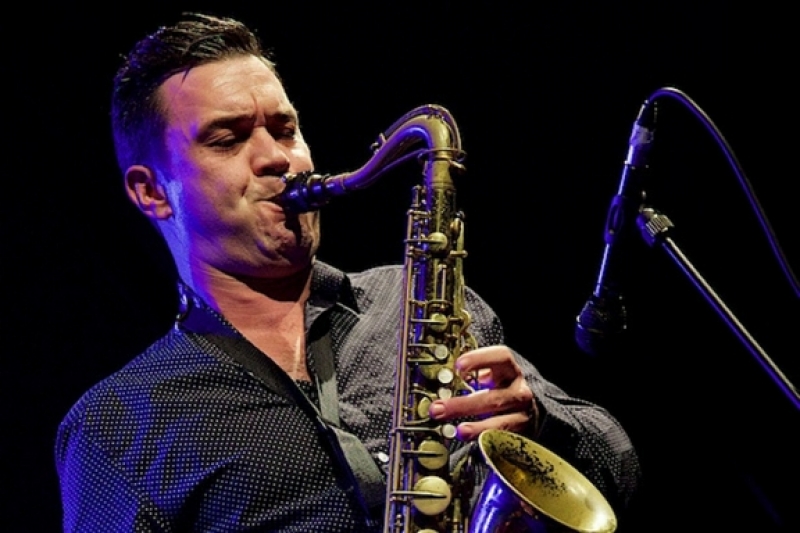 Brandon Allen is an expat Australian saxophonist who has made quite an impression on the scene since taking up residence in London. A leading soloist in several jazz orchestras back home he also led his own successful group before decamping to Europe in 2002. His wonderfully fluent and incisive sax playing has been heard in prestigious venues all over Europe and at numerous festivals around the world, including the Womad World Music Festival, Reading Festival, Brecon Jazz Festival, The Vittoria and Terrassa Jazz Festivals in Spain, Manly Jazz Festival in Australia and the London Jazz Festival. In London alone he has performed with the likes of Eric Clapton, Mica Paris, Jools Holland, BBC Big Band and Omar, which gives you an idea of just how good he is! Tonight Brandon will be bringing his scintillating three-horn front line sextet to the Club, featuring some of the finest jazz musicians in the UK, including the multi-award winning Mark Nightingale, considered to be one of the finest jazz trombone players in Europe, the award-winning saxophonist  Sam Mayne and the powerhouse rhythm section of  Tim Lapthorn on piano, Tim Thornton on bass and  Ian Thomas on drums. Absolutely not to be missed, this one.

“Brandon Allen is arguably the most exciting tenor player in Britain today” Jazzwise; "Nightingale...possesses a prodigious technique coupled with a fully rounded...sound that lifts the music well off the paper...it was written on" LondonJazz News; "Mayne's saxophone explorations possessed faultless inner logic, a remarkable feat." Guardian