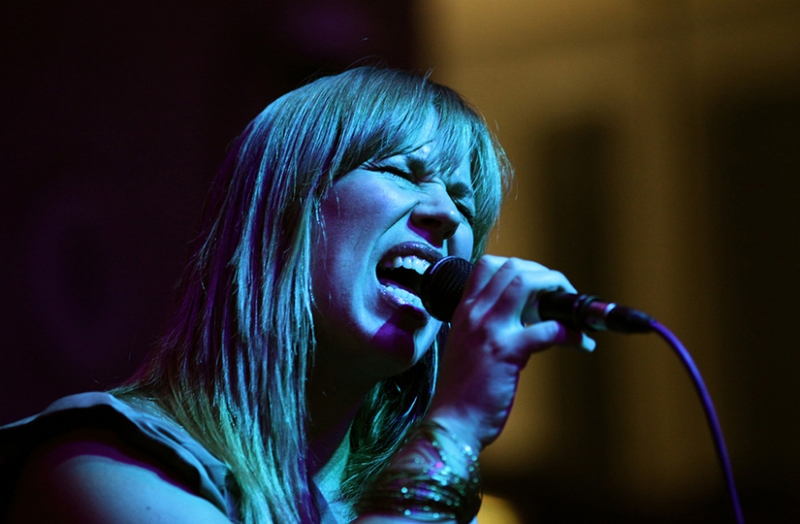 Swedish by birth but now based in the UK, Cecilia Stalin has built an international career as a singer and songwriter. You’ve heard Cecilia’s voice with nu-jazz duo KOOP, on Max Factor ads and at major venues such as the Queen Elisabeth Hall, Barbican and Royal Festival Hall, while her performance credits include live shows with The Streets, Alicia Dixon, Cinematic Orchestra, Omar and many more. Lately splitting her time between the UK and Brasil, this 606 performance is in honour of the vinyl release of her third full-length album, ‘I.Am’, which Cecilia describes as ‘her most personal album so far… exploring the many layers of our vulnerability & honesty’. It also features songs, musicians and art work with contributors from all over the world, from Joe Armon-Jones in London to Michel Limma (Ed Motta) in Sao Paulo. Accompanying Cecilia this evening are her longtime band members Ed Riches-guitar, Alex Bennett-piano, Jansen Santana-percussion, Tom Mason-bass & Laurie Lowe-drums.

“Wow, what a voice!” Radiovista; “Stalin has impressive range and flexibility and timbre, from sustained vibrato to percussive almost beat boxing sounds” London Jazz News; "Cecilia Stalin is the singer’s singer. Her golden voice has transcended any one given genre" Colorising.com