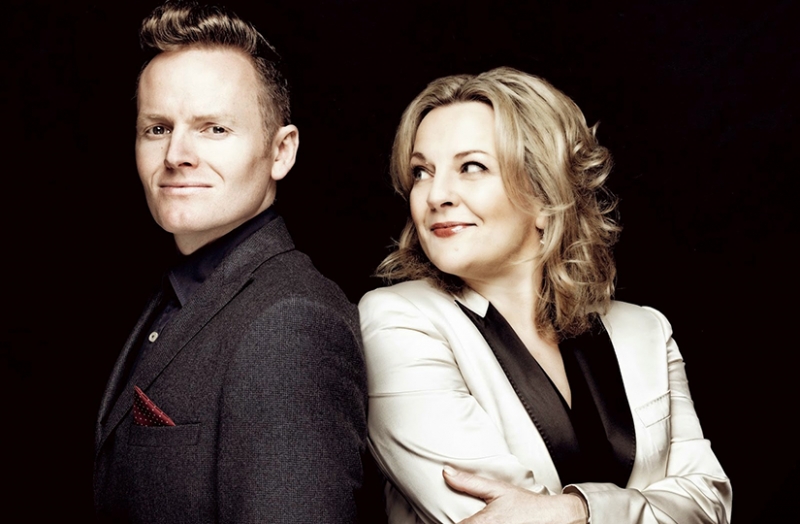 Tonight we welcome two of the finest musicians on International Jazz/cabaret scene, singer Claire Martin and singer/pianist/composer Joe Stilgoe. Separately they are terrific, together they are remarkable. Described as “…the outstanding voice of her generation”, Claire Martin OBE is a multi-award-winning, internationally acclaimed artist with no less than eight British Jazz Awards and more than 20 albums, including numerous “Best Album” choices, to her name. Formerly the host of “Jazz Line-up” on BBC Radio 3, Claire’s vast cv includes work with the likes of Bill Charlap & Sir Richard Rodney Bennett as well as performances with the Royal Liverpool Philharmonic Orchestra, the BBC Big Band and the BBC Concert Orchestra. A consummate artist and performer, with her husky, perfectly controlled voice, flawless time and impeccable taste she never fails to impress. Known globally as a performer of wit, style and impressive musicianship Joe Stilgoe has toured the world, appearing in festivals, jazz clubs and concert halls from Ronnie Scotts and the Albert Hall in London to the Adelaide and Edinburgh Festivals via Birdland in New York. He was asked to perform for The Queen and Duke Of Edinburgh's 70th wedding anniversary at Windsor, has starred numerous times in BBC Radio 2's Friday Night is Music Night has appeared on a wide variety of Radio 4 shows as well as being a regular on Radio 3. As composer and lyricist he wrote music and lyrics for a new production of The Jungle Book, which toured the UK to great success in 2017 and 2018 and The Midnight Gang, an adaptation of the David Walliams novel, which opened at the Chichester Festival Theatre in 2018. He has released 5 critically lauded albums (three of which have topped the UK Jazz charts) and his latest album, “The Heat is On!”  launched in June 2019,  is Joe's unique interpretation of the soundtrack from the 1980's, re-imagined with his own Big Band. Tonight this World Class pairing will present a wonderful programme featuring songs from the Great American Songbook along with Joe’s truly impressive jazz influenced originals, delivered with their customary elegance and panache. Booking advised.