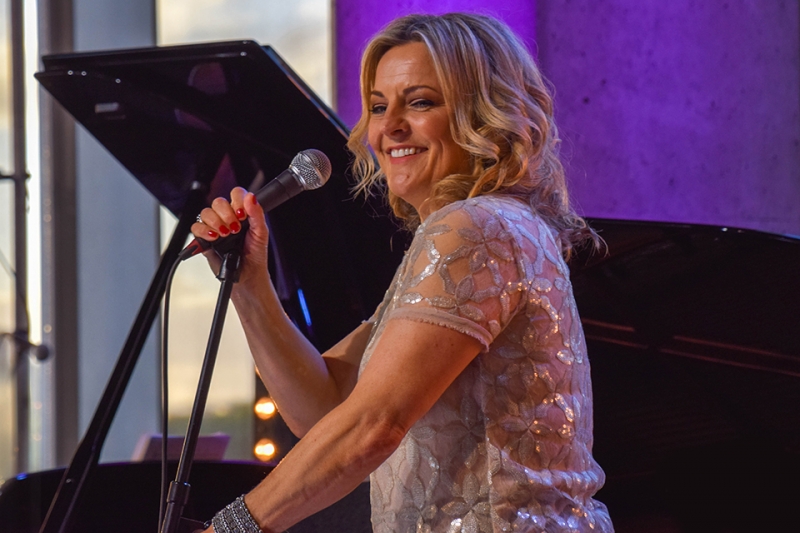 Described as “…the outstanding voice of her generation”, Claire Martin OBE is a multi-award-winning, internationally acclaimed artist with no less than eight British Jazz Awards and more than 20 albums, including numerous “Best Album” choices, to her name. Formerly the host of “Jazz Line-up” on BBC Radio 3, Claire’s vast cv includes work with the likes of Kenny Barron & Sir Richard Rodney Bennett as well as the Royal Liverpool Philharmonic Orchestra, the BBC Big Band and the BBC Concert Orchestra. A consummate artist, with her husky, perfectly controlled voice, flawless time and impeccable taste she never fails to impress. The equally multi-award-winning musician Nikki Iles is widely regarded as one of the finest modern jazz pianists in Europe. Nikki’s fluent and creative playing has been heard with some of the finest musicians around, including the likes of Kenny Wheeler, Norma Winstone, Stan Sulzmann, Rufus Reid and Dave Holland. As well as an accompanist Nikki is also a well-established bandleader, performing in a variety of settings from her own trio to the Award-winning band "Printmakers" that she co-leads with vocalist Norma Winstone. Tonight Claire will be bringing to the Club her show dedicated to two giants of jazz, the legendary singer Tony Bennett and the iconic pianist Bill Evans (“Kind of Blue”). Tony and Bill recorded two wonderful jazz albums together and the gig tonight will draw on material from those two recordings, including fresh arrangements by Nikki of songs from the albums, including 'My Foolish Heart', 'You Must Believe in Spring', 'Some Other Time' and 'When In Rome'. Also featured on the gig will be one of the UK’s finest bass players, Steve Watts and drummer Matt Home. A sophisticated night of great music making.