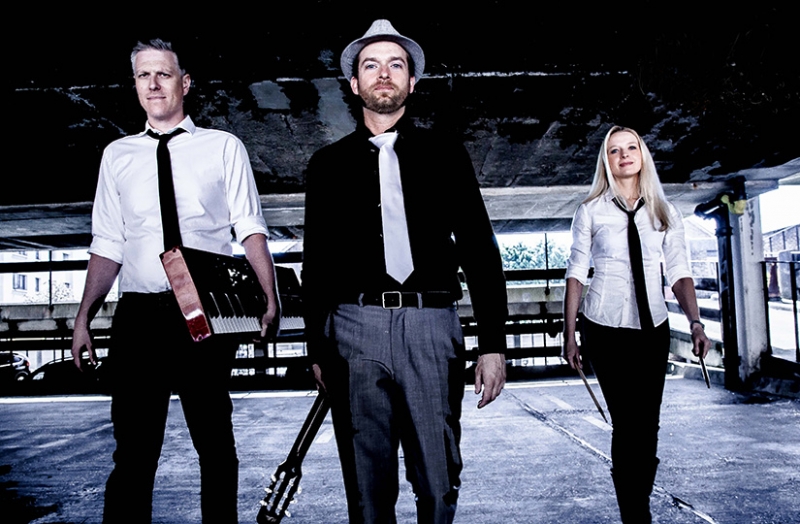 Founded by French guitarist now based in London Clement Regert in 2008, Wild Card describes their music as a “melting pot of musical ideas, fusing urban rhythms and grooves with a Latin attitude…dynamic, exuberant and flamboyant”. In addition to Clement, the group’s core members are organist Andy Noble and drummer Sophie Alloway, augmented by a rotating stable of first call musicians including tonight’s featured horn players, saxophonist Denys Baptiste and trumpeter Graeme Flowers. Baptiste, described by Time Magazine as “the icon of British Jazz” is a MOBO and Mercury-Prize-winning musician whose latest album, “The Late Trane” received two Jazz FM nominations, while virtuoso trumpeter Flowers works with everyone from Kyle Eastwood to Michael Buble and Kylie Minogue. In addition to leading Wild Card, Clement has appeared regularly with Grammy-winner Tim Garland, Natalie Williams and Liane Carroll, while Andy can be heard with mainstays of the UK scene including Jim Mullen, Derek Nash and Tony Kofi. Sophie’s credits include performances on Jools Holland, BBC Introducing and Festivals such as Glastonbury and Bestival, as well as playing with Lydian Collective who were here at the 606 in September. Along with original material from their two CD’s, 2015’s “Organic Riot” and their latest “Life Stories” released earlier this year, Wild Card’s repertoire is also distinguished by its signature reworkings of classic rock songs with a jazzy twist and funky Latin feel. It’s a refreshing and bracing mix of styles, accruing over one million plays on Spotify to date and a testament to their growing popularity. This promises to be a cracking good gig! "Sit back and let the adrenalin sizzle! ★★★★" The Art Desk; "This band can't help but funk...so stop thinking, start grooving!" ★★★★" Jazzwise; "Excellent playing… Wild Card’s natural habitat is in live performance… raising the roof in the right club environment…Exciting stuff.” The Jazzmann