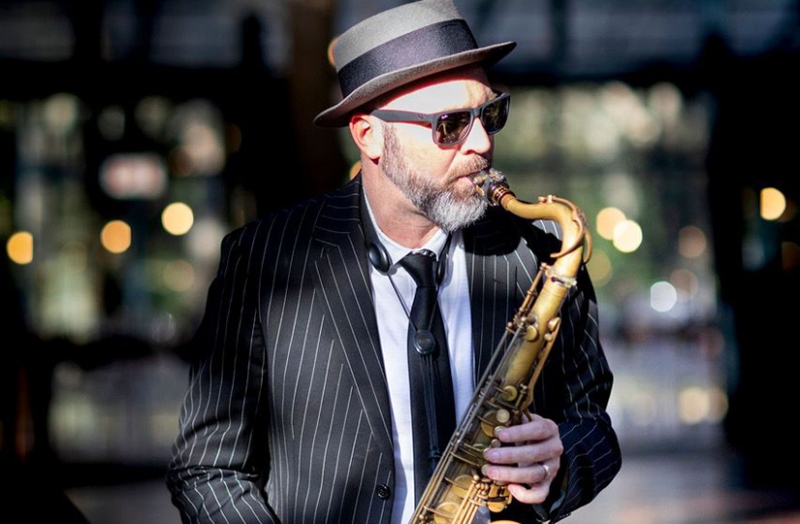 Dan Shout is a respected and much sought after jazz saxophonist based in Cape Town, South Africa. His professional career spans almost two decades and includes a multitude of work with not only some of the finest musicians in Southern Africa but also with an impressive array of Internationally established artists. He has performed in over 30 countries across five continents with the likes of the iconic South African singer/guitarist Johnny Clegg (who he worked with for 7 years), Maria Schneider (USA), Gordon Vernick (USA) and Per Thornberg (Sweden). Some of his career highlights include performing at the Cork, North Sea, Edinburgh and Montreal Jazz Festivals, Nelson Mandela’s 46664 Concert at Ellis Park and for President Zuma’s Inauguration in Pretoria. As well as live touring Dan has also established himself as a studio player of distinction and an educator of note, lecturing at the South African College of Music at the University of Cape Town from 2009-2017. And as well as all of that Dan is also a fine composer and arranger with 3 well received albums under his own name. The gig this evening will focus on Dan's excellent writing and arranging for a classic jazz/groove 6 piece band and will, unsurprisingly, feature some of the finest multi-award winning musicians on the UK scene: Paul Booth (Incognito, Steve Winwood) & Dave O'Higgins (Ray Charles, Wayne Shorter)-saxes, Ross Stanley (Craig Handy, Jim Mullen)-piano, Laurence Cottle (Van Morrison, Bill Bruford)-bass and Ian Thomas (Eric Clapton, Sting)-drums. The music is powerful and unique and as Dan says "reflects my life-trajectory through Southern Africa – my family’s emigration from Zimbabwe, my formative years in the Namib Desert and my spiritual homecoming to the slopes of Table Mountain and is infused with the sounds and souls of the music and musicians I have been exposed to and with whom I have performed". This is impressive music from an impressive musician with a truly A list band.

"Dan Shout …[has] found his own unique voice in…jazz in Africa… outstanding" AllJazzRadio; "one of South Africa’s leading jazz musicians and the leader of a band that brings modern jazz and township music together in an….inspiring way" The List