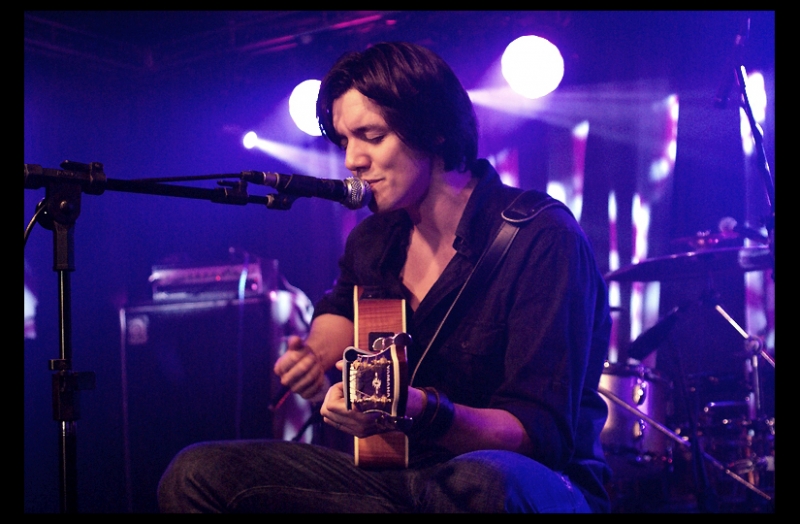 After moving from London to Brazil (his father's country of birth) in 2003, singer/songwriter Dan Torres was soon making waves on the Brazilian music scene after being selected to take part in the musical reality show “Fama” (the Brazilian equivalent of Fame Academy). After that show he was signed to Warner Records with fellow participant Cidia Luize, forming the duo Cidia & Dan. Their debut album included Dan's song “Esse Amor”, which topped the charts across Brazil and their following project earned them their first Certified Gold Disc. In 2008 Dan began work on his solo career as both a singer and composer, making his name as a prolific recording artist for TV, recording over 20 songs for Brazilian TV. In 2017 Dan returned to the UK to further his career, which was very much our gain. The gig tonight is a true mix of Rock & Soul, with Dan putting his own touch to some classic songs by artists including Stevie Wonder, Marvin Gaye, Bill Withers, Eric Clapton and The Beatles, which includes his version of the classic "Lucy In The Sky With Diamonds", selected in 2014 to be the opening theme song to the prime time tele-novela "Imperio" in Brazil. Dan will also be performing some original material from his latest project Dan & The Underdogs and his own hit single "Everything Is Changing", part of the soundtrack to the movie "SOS Mulheres Ao Mar 2". A very old friend of the Club it's with enormous pleasure that we welcome this charismatic performer back after so many years away. Appearing with Dan this evening will be his brand new UK band, featuring Richie Aikman-guitar, Will Looms-guitar; Sonny Winslow-bass and Ally McDougal-drums.