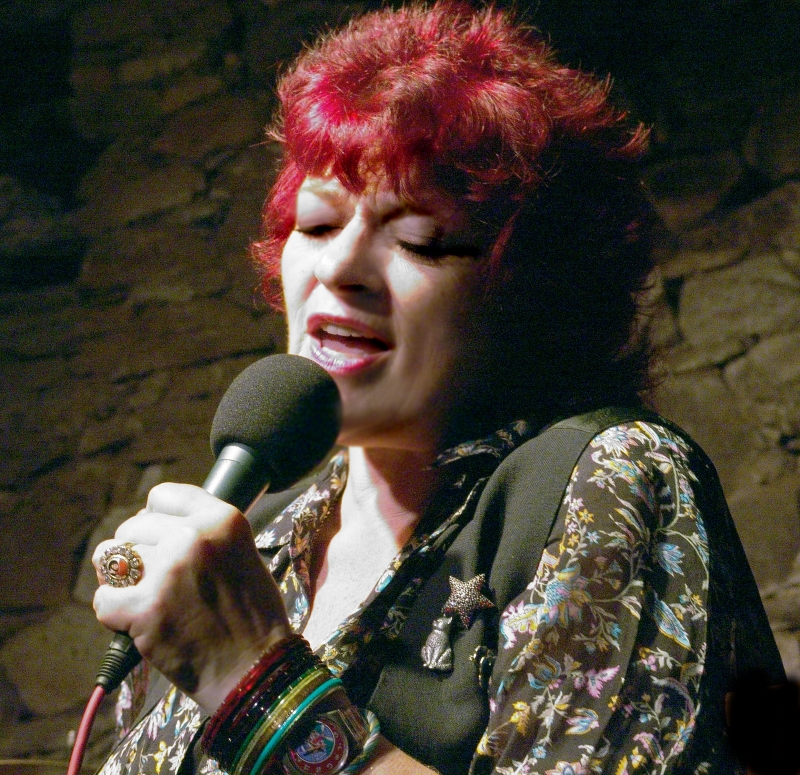 Dana Gillespie has been a major figure on the UK music scene for over 40 years. Starting on the folk circuit in the mid 60’s she graduated to pop before settling on the musical love of her life – the Blues, which she describes as “…my first musical love because it's earthy, spiritual and honest”. Since the late 70s she has been singing, recording and touring with blues musicians from all over the world, including a two-year stint in America working with some of the finest players in the industry. She has recorded over 60 albums for various prestigious labels and has performed on every continent. As evidence of the high esteem in which she’s held Dana was voted “Top British Female Blues Vocalist” by the British Blues Connection and Blueprint Magazine five times and has now been elevated to their Hall Of Fame. Her current backing band, The London Blues Band, is a terrific high-energy band featuring the cream of UK blues musicians including Dino Baptiste on piano, Jake Zaitz on guitar and Mike Paice on sax and harmonica. Expect well-crafted original songs that capture the essence of the blues’ rootsy, lowdown and dirty feel, as well as classic blues covers so long associated with this great outfit. Lately, Dana’s star has been on the rise again with the release of a double-album retrospective, “What Memories We Make – The Complete Mainman Recordings, 1971-1974” along with appearances on programmes such as the BBC’s “Finding Fame: David Bowie” and it’s great to see this musical icon still playing fantastic authentic blues with such style and character.