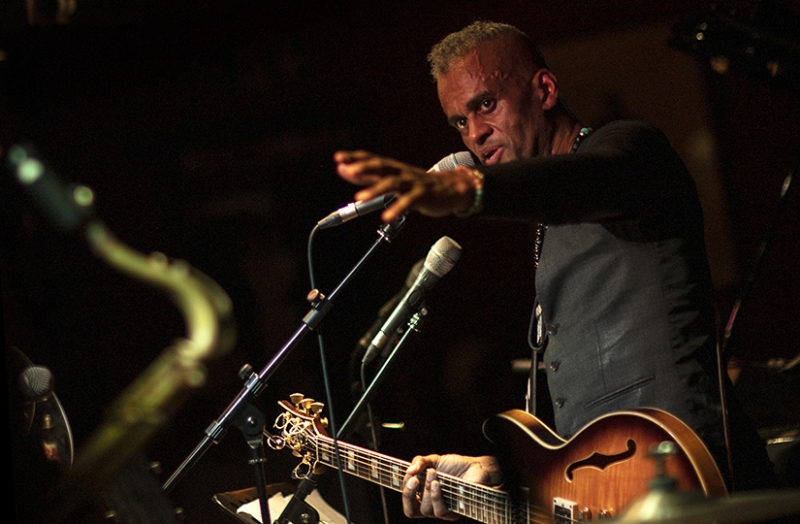 The Club is fast becoming the place for musicians to celebrate their birthdays and tonight we will be hosting the birthday celebration of one of our favourite Groove guitarists, Dave Ital. A regular here at the Club with artists such as Imaani, Derek Nash and Michelle John, Dave’s reputation as a studio and gigging musician is of the highest calibre. His powerful yet sophisticated Groove playing has been heard with the likes of Chaka Khan, Tom Jones, Nile Rodgers, Incognito, Beyoncé, Level 42, Mica Paris, Take That, Lulu and Bobby Womack and he is first call guitarist for a host of other high profile artists. Tonight Dave will be celebrating his birthday in the company of some equally exalted groove musicians: featuring Dutch sax star Naomi Adriaansz, the band also includes Carl Hudson-keyboards, Yolanda Charles MBE-bass, Westley Joseph-drums and Lily Dior-vocals.

Artist Notification Get notified when Dave Ital's Birthday Gig plays at the club.