Dave & Judith O'Higgins: 'His and Hers' Album Launch 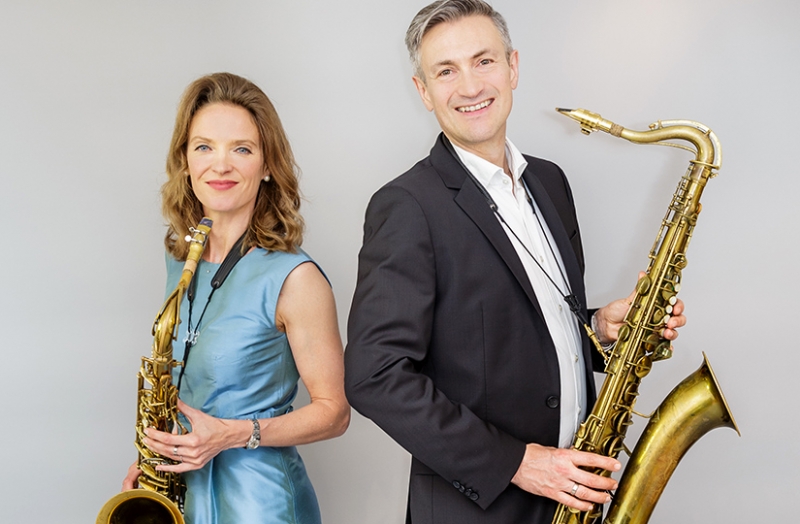 DAVE & JUDITH O’HIGGINS Undoubtedly one of this country’s finest modern jazz sax players, Dave has worked with the likes of Cleo Laine and John Dankworth, Frank Sinatra, Ray Charles and Nancy Wilson. The winner of a multitude of awards, he has appeared on innumerable sessions and festivals around the world and is also a highly regarded jazz educator, teaching at the London Centre of Contemporary Music, the Royal Academy of Music & other prestigious institutions. 2019 also saw a 40-date tour with Rob Luft to promote "O’Higgins & Luft Play Monk and Trane" as well as the release of Matt Bianco’s latest album, "Gravity", which Dave wrote and produced. The performance this evening however is a special treat as it heralds the launch of his latest album ‘His and Hers’, featuring not just Dave but his highly accomplished other half and fellow saxophonist, Judith O’Higgins. From Germany, Judith’s CV includes the Matthew Herbert Big Band, Two Minds Big Band among other ensembles and she is, even more remarkably, a forensic pathologist and noted author. This new recording, made in the “good humoured tradition of the great Johnny Griffin/Eddie Lockjaw Davis Group” dubbed the Tough Tenors, finds Judith and Dave sparring with and inspiring one another to new heights of virtuosity. It also features Graham Harvey-piano; Jeremy Brown-bass and Josh Morrison-drums and is released on the highly regarded Ubuntu label. A joyful salute to hard bop at its very best.