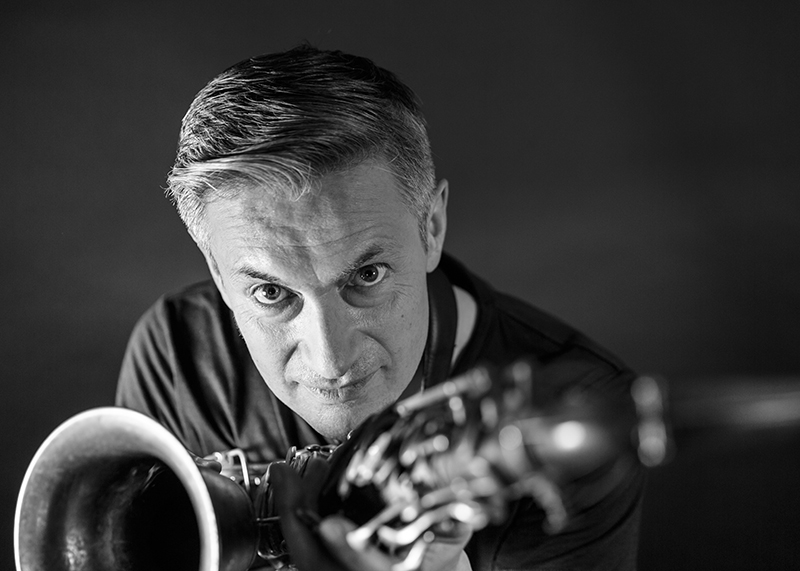 Undoubtedly one of this country’s finest modern jazz sax players, Dave O'Higgins has worked with the likes of Cleo Laine and John Dankworth, Frank Sinatra, Ray Charles, Wayne Shorter and Nancy Wilson. The winner of a multitude of awards, he has produced 19 albums to date of his own solo material and appeared on innumerable sessions and festivals around the world. A composer, arranger, educator and latterly recording engineer and producer, his current projects include work with one of New York’s leading sax players, Eric Alexander as well as the internationally renowned Darius Brubeck Quartet and the Gascoyne/O’Higgins Quartet. When not performing Dave is a highly regarded jazz educator, teaching at the London Centre of Contemporary Music (LCCM), and has previously been on the music faculty at renowned institutions including the Royal Academy of Music. Tonight, Dave will be presenting his latest quartet featuring one of the foremost musicians on the Irish jazz scene Scott Flanigan (Van Morrison, Larry Coryell) on organ, alongside the multi-award-winning Edition Records artist Rob Luft-guitar and Rod Youngs-drums. A shared love of Coltrane and Monk inspires the band's repertoire, soon to be captured on record with a view to an album release and subsequent tour in autumn 2019.  This is a brilliant gig led by one of the most respected musicians on the international jazz scene.