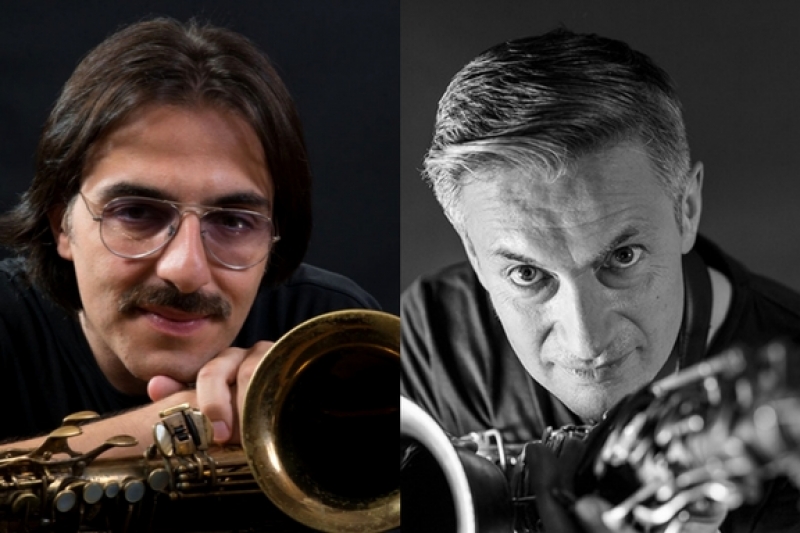 This is an exciting "supergroup" that unites two of the finest tenor saxophonists in Europe, Dave O'Higgins from the UK and Max Ionata from Italy, in a searing double sax-led quartet. Undoubtedly one of this country’s finest modern jazz sax players, Dave O'Higgins has worked with the likes of Cleo Laine and John Dankworth, Frank Sinatra, Ray Charles, Jamie Cullum and Kyle Eastwood. The winner of a multitude of awards, he has appeared on innumerable sessions and festivals around the world and has produced 19 albums to date of his own solo material, his latest CD “It’s Always 9.30 in Zog”, being described as "fizzing with life and panache". A composer, arranger and latterly recording engineer and producer Dave is also a highly regarded jazz educator. Most recently Mark Reilly ("Matt Bianco") called Dave (who used to play in the band) to suggest co-writing some songs. These have become the backbone of the new Matt Bianco CD, Gravity, released in September 2017. Dave’s quartet form the heart of the new band, and the instrumental parts for the new album were all recorded at Dave's studio. Over the last 25 years the multi-award winning Max Ionata has established himself as one of the major Italian modern jazz saxophonist on the European jazz scene. He has appeared on more than 70 CDs with both National and International artists and has performed in China, Netherlands, UK, France, Poland, Spain, Portugal, Serbia, Switzerland, Denmark, Germany, United Arab Emirates, Kuwait, Peru and America. As well as leading his own, highly regarded, projects he also includes work with a positive who's who of International jazz stars, including Robin Eubanks, Clarence Penn, Lenny White, Billy Hart, Alvin Queen, Joe Locke, Steve Grossman, Mike Stern, Bob Mintzer, Hiram Bullock, Dado Moronin and Mario Biondi. Tonight  Dave and Max will be joined by Ross Stanley (Deodato)-organ and Special Guest, the New York based Luca Santaniello (Joe Lovano, Ron Carter, Lee Konitz, Benny Golson, Roy Hargrove, Joe Locke)-drums. This is a brilliant hard-bop gig led by two of the most respected musicians on the international jazz scene.