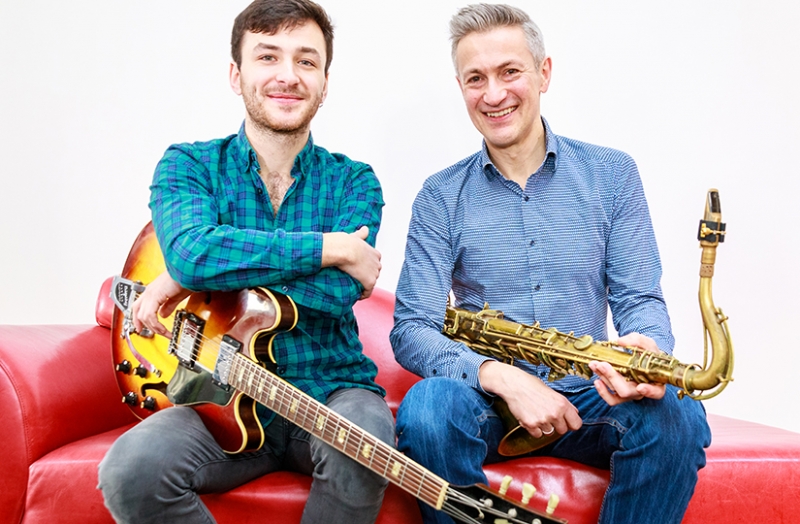 Tonight we are welcoming to the Club an inter-generational band featuring two of the finest UK jazz musicians of their generations. Undoubtedly one of this country’s finest modern jazz sax players, Dave O’Higgins has worked with the likes of Cleo Laine and John Dankworth, Frank Sinatra, Ray Charles and Nancy Wilson. The winner of a multitude of awards, he has produced 19 albums to date of his own solo material and appeared on innumerable sessions and festivals around the world. A composer, arranger, educator and latterly recording engineer and producer, Dave is one of the most respected musicians on the international jazz scene. Rob Luft is both a Peter Whittingham and Kenny Wheeler Prize recipient. He won 2nd Prize in The 2016 Montreux Jazz Guitar Competition and his debut album, ‘Riser’, released on Edition Records in 2017, was received with widespread critical acclaim. Rob has been nominated for a string of awards – “Breakthrough Act” in the 2018 Jazz FM Awards, “Instrumentalist of the Year” in the 2018 Parliamentary Jazz Awards and “Instrumentalist of the Year” in the 2019 Jazz FM Awards and in May 2019 was selected as a BBC New Generation Jazz Artist, an accolade granted to “some of the world’s most exceptional young musicians” (Emma Bloxham, Editor, BBC Radio 3). Tonight Dave and Rob will be performing material from their latest joint release “O’Higgins & Luft Play Monk & Trane” which, as it says on the tin, will feature material from two of jazz’s greatest musician/composers Thelonious Monk and John Coltrane. Making up the rest of this world class line up will be Ross Stanley-organ and Rod Youngs-drums.