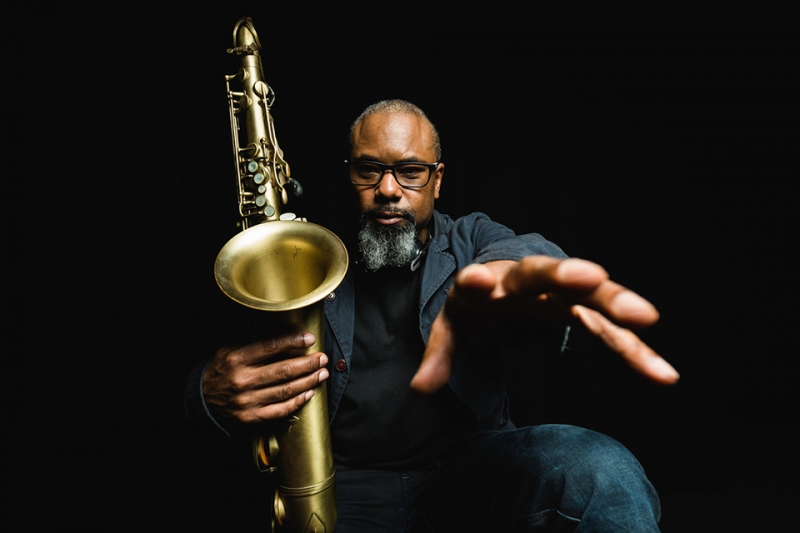 A leading light on the London jazz circuit for over 20 years you rarely see a jazz saxophonist as talented as a soloist and bandleader, who is accorded such respect from his musical peers. Denys Baptiste’s impressive talent - built on a foundation of powerful technique and an ability to improvise effortlessly and confidently across a wide range of musical styles - is only matched by his creative energy and musical endeavour. His CV, as you would expect, is littered with collaborations with high profile artists including Marvin “Smitty” Smith, Courtney Pine, Julian Joseph, Incognito, Manu Dibango and Steve Williamson. He has won multiple awards including the "Mercury Music Album of the Year" and "MOBO Award for Best Jazz Act" and he was most recently a two-time Jazz FM Award Nominee in 2018. Denys has five highly regarded albums to his name, with his most recent "The Late Trane", dedicated to the later works of John Coltrane, being received with significant plaudits; "classy" Guardian, "new and fresh sounding" AllAboutJazz. However, tonight, in a unique gig that Denys has put together especially for this EFG London Jazz Festival performance, he will be celebrating another great master of the jazz saxophone, Joe Henderson. And to help him with this project he has asked one of the UK’s finest jazz trumpeters, Byron Wallen, to join him on the stage here at the Club (many may well remember Byron’s brilliant “Tribute to Dizzy Gillespie” LJF gig here from 2017). Denys will be focusing primarily on Joe’s repertoire from his time with Blue Note records from the early to mid ‘60’s, so expect a melodic gig heavily steeped in the jazz tradition from two of the UK's finest and most creative players.