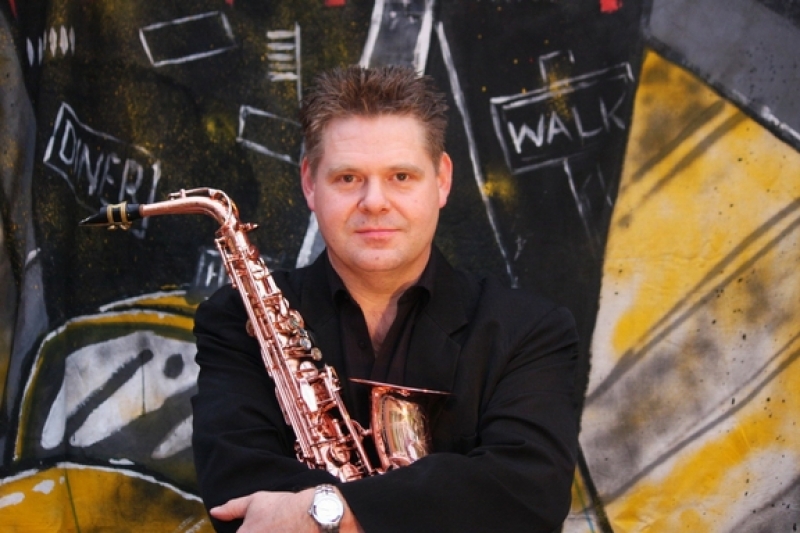 Saxophonist Derek Nash is perhaps best known as one of the featured saxophonists with the Jools Holland Band, leader of the enormously successful “Sax Appeal” and co-leader of the funk/groove outfit “Protect the Beat”. An experienced musician of many years standing his muscular, fluent, modern jazz playing has been recognised with numerous awards, including “Best Jazz Ensemble” and “Best Jazz CD” as well as being voted one of the top 5 saxophonists in the country. Derek’s latest recording with his Acoustic Quartet, “You’ve Got to Dig it to Dig it, you Dig?” (named after a quote by Thelonious Monk) is garnering avid, five-star reviews, as well as airplay on Jamie Cullum’s BBC Radio 2 programme. And if all that wasn’t enough he is also highly regarded as a recording engineer, producer and arranger, with a client list that includes Annie Lennox, Alison Moyet, Lulu, Kylie Minogue, David Sanborn, Martha Reeves and many more. Tonight Derek is bringing his great, swinging, rhythm section to the Club that features Gunther Kurmayr (Ray Gelato, Salena Jones) piano, Phil Scragg (Robert Plant) bass and Mike Bradley (Claire Martin) drums. Terrific musician, terrific band, terrific gig this.