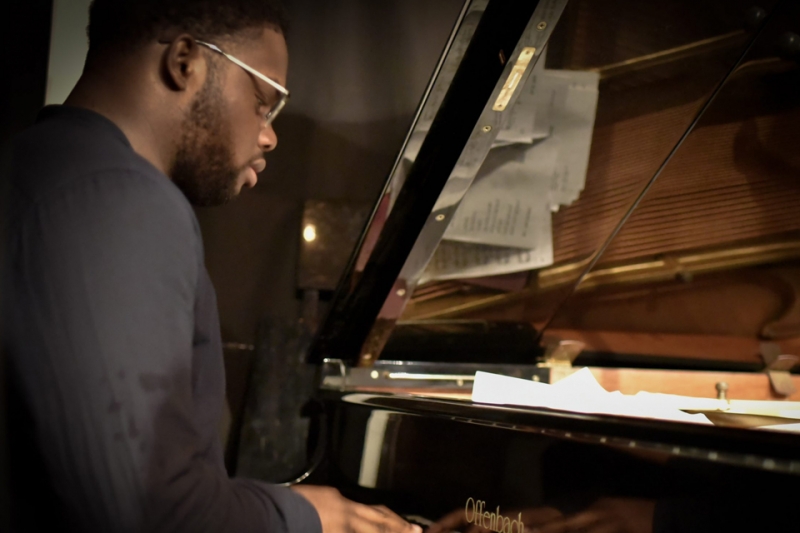 “...the piano man to watch…Deschanel Gordon”

Although he has only just graduated from Trinity Laban, pianist Deschanel Gordon is already making waves on the UK jazz scene. One of the brightest prospects of his generation he already includes work with the likes of upcoming trumpeter Mark Kavuma, Cassie Kinoshi’s SEED Ensemble and US-born singer Judi Jackson and includes performances at the likes of Ronnie Scott’s, Jazz Café and the Vortex as well as Love Supreme and the Winter Jazzfest in New York on an ever expanding cv. It is little surprise that this highly talented musician was BBC Young Jazz Musician of the Year in 2021! This evening Deschanel, who lists the likes of Oscar Peterson, McCoy Tyner, Chick Corea and Mulgrew Miller as some of his major influences, will be appearing with his spectacular group in what is sure to be a night to remember.