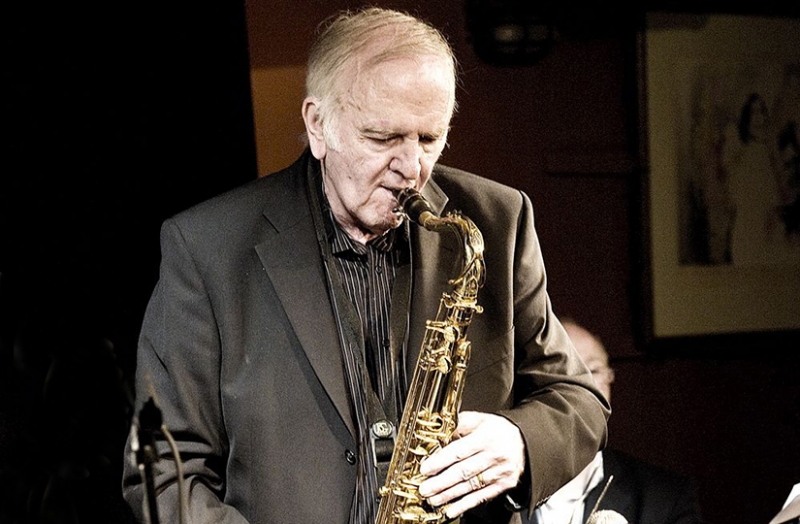 “"Lamont’s vibrant scores lift it way above the herd"”

Saxophonist and composer Duncan Lamont is one of Britain’s most venerated musicians, having performed with Henry Mancini, Benny Goodman, Frank Sinatra, Bing Crosby and Count Basie. He is also one of the UK’s most important contemporary songwriters, whose songs have been recorded by some of the finest singers in the world, including Cleo Laine and Natalie Cole. In addition to all of that, he has been commissioned to write or arrange countless orchestral pieces and most importantly of all…he wrote the theme tunes to children’s TV series Mr Benn and Spot! Tonight we will be honouring Duncan on the occasion of his 88th birthday in the company of two very fine singers. Tina May is an award-winning vocalist who has established a well-deserved reputation on the UK scene as a Jazz singer of great sophistication. From collaborations with musicians such as Stan Tracey, Nikki Iles and Ray Bryant her pure-toned voice and faultless delivery have earned her the respect and admiration of both audiences and musicians alike. With more than a dozen CD’s to her name she is widely regarded as one of the UK’s leading singers. Vocalist Esther Bennett has been performing at prestigious venues in and around London for a good few years now. Singing a mixture of jazz standards and more modern material, she combines an innate sense of musicality with a studied knowledge of the jazz idiom. With an accompanying trio of John Crawford-piano, Andy Hamill-bass and Steve Taylor-drums expect a lively atmosphere, plenty of fun and great music as we celebrate with Duncan in true 606 style!

"Lamont’s vibrant scores lift it way above the herd" Guardian; “Esther Bennett’s many virtues include a seductive vibrato…a smokily appealing lower register…and a winning sense of humour” Jazzwise; “Tina May remains the most expressive and technically gifted jazz singer on the UK scene” The Scotsman