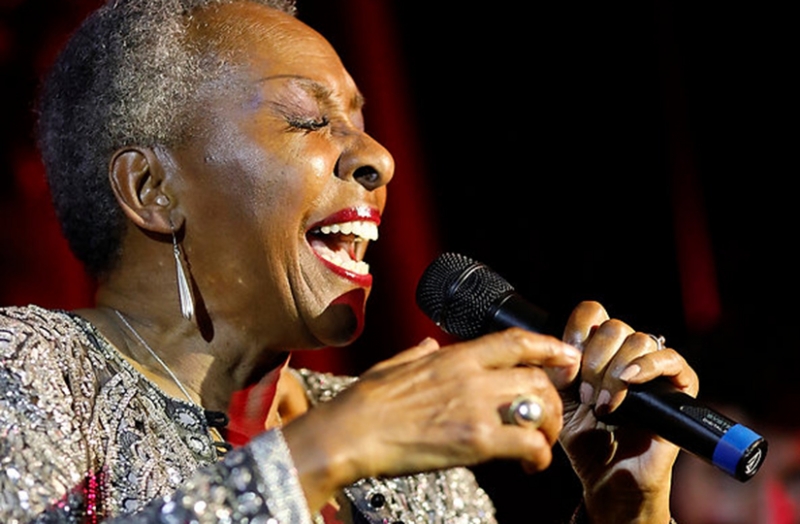 It’s fair to say that after 60 years in the business Elaine Delmar is very much Jazz “Royalty”. From work at 16 with her father, the famous Leslie “Jiver” Hutchinson, through leading roles in stage musicals such as ‘Bubbling Brown Sugar’ in London and ‘Kern Goes to Hollywood’ on Broadway to a successful recording career that started in the 1960’s and continues to this day, Elaine has established herself as an international artist of talent, poise and grace. She has appeared in concert with the likes of Andy Williams, Michel Legrand and the London Symphony Orchestra (Royal Albert Hall) and it is a testament to the enormous respect with which she is held that in 2013 she received the APPJAG Special Award: Parliamentary Jazz Awards in recognition of her inestimable contribution to the UK jazz scene. Appearing tonight with Barry Green-piano, Dave Green-bass, Bobby Worth-drums and Special Guest Jim Mullen-guitar expect a swinging journey through the Great American Songbook from one of the masters of the genre.

Artist Notification Get notified when Elaine Delmar plays at the club.