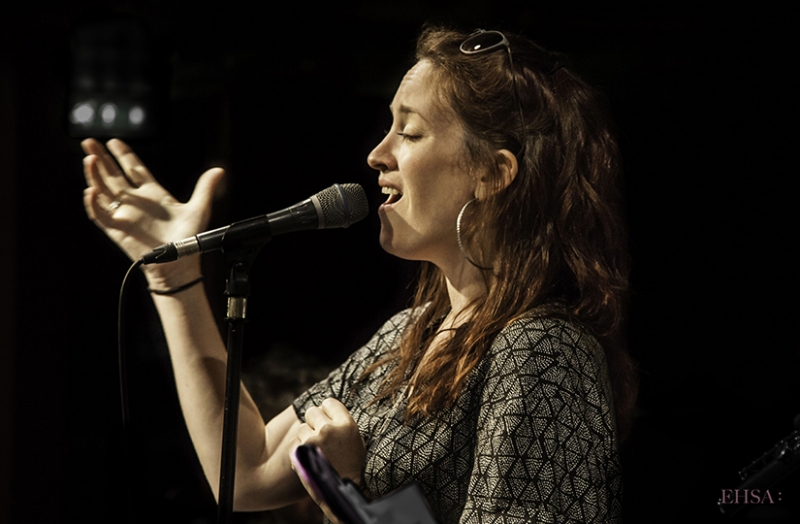 Fini Bearman has built up an impressive International reputation as a singer and composer. She has performed with a notable array of artists, including Cleo Laine, Jon Hendricks, John Taylor, Norma Winstone and Kenny Wheeler and has appeared at prestigious venues across the UK, Europe and the US. Notable performances to date include singing alongside Bobby McFerrin at London Jazz Festival 2018 and supporting Avishai Cohen at Ronnie Scott's and if all that wasn't enough she recently became the first professor of songwriting at the prestigious Guildhall School of Music and Drama. Tonight Fini will be joined by pianist Tom Cawley (Acoustic Ladyland, Peter Gabriel), bassist Conor Chaplin and drummer James Maddren, performing contemporary interpretations of standards alongside music from Fini's forthcoming album, as well as revisiting songs from her previous release, "Burn the Boat". Fini's music melds influences as diverse as jazz, folk and contemporary music into an arresting and uniquely personal sound. As she likes to describe it, the music is "honest yet witty, mixing lush harmony and orchestration with contemporary grooves". Sounds good….

".. (Fini) has an irresistible voice... She is an expressive singer, and an intriguing composer and lyricist" allaboutjazz.com; "One of the most memorable collections of self-penned songs you’ll hear this year’ ****" Jazzwise Magazine