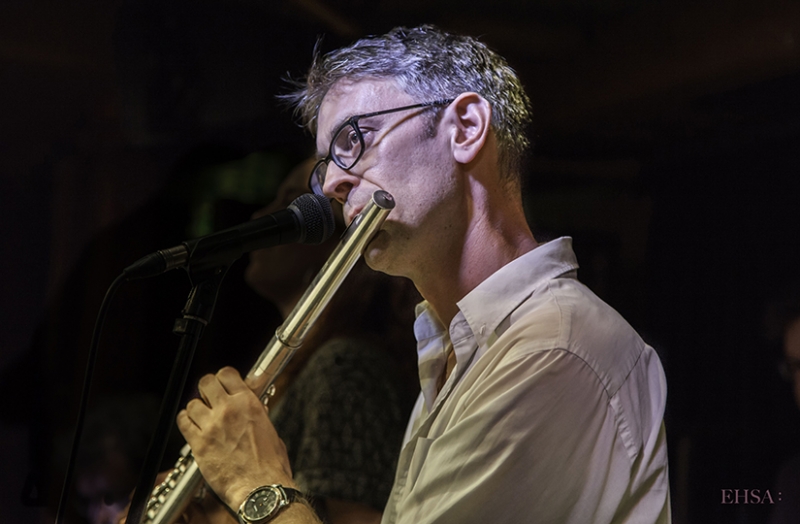 First noticed for his dazzling flute playing, Gareth Lockrane has since built an impressive reputation as a composer, arranger and bandleader. As a flautist, he was recognised as a “Rising Star” by Downbeat Magazine and demonstrated those talents as a key member of Bheki Mseleku’s band, along with extensive work with the James Taylor Quartet & Phil Robson's IMS Quintet featuring Mark Turner on a sparkling CV. Subsequently, his brilliant writing and arranging skills were showcased with his soul/jazz band ‘Grooveyard’, winning multiple awards including the Parliamentary Jazz Award for Best Album for their second record, while their third, “The Strut” was MOJO Magazine’s Album of the Year. Lately Gareth’s been well-known at the Club for leading his celebrated Big Band, but for this show he’s bringing the acoustic, ‘unplugged’ version of Grooveyard to the Six, performing Gareth’s own originals as well as jazz standards and ‘some funkier stuff no doubt’ (along with brand new tunes written during lockdown).  Joining Gareth on the stand are four of the finest players around, all stars in their own right: saxophonist Alex Garnett, keyboardist Ross Stanley, bassist Oli Hayhurst and drummer Tim Giles, who between them have worked with the likes of Wynton Marsalis, Pharoah Sanders, Guy Barker, Jamie Cullum, Stan Sulzmann and more. This is truly a supergroup performing exciting music of exceptional quality.