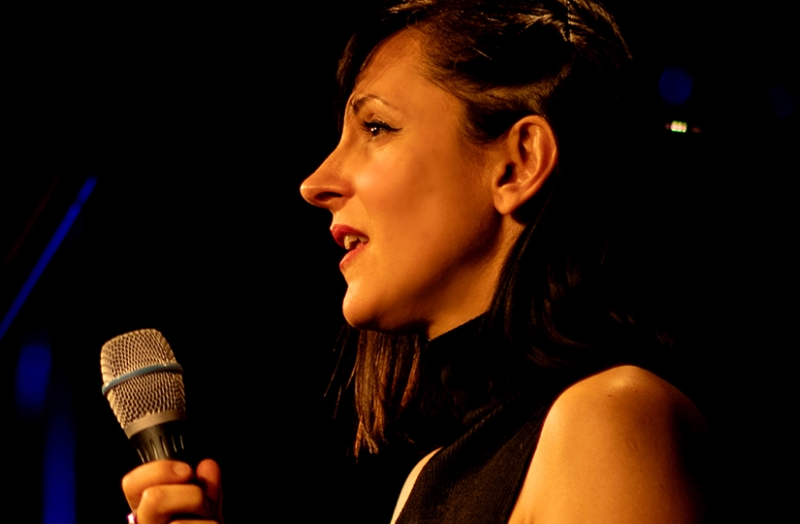 THIS EVENT HAS BEEN CANCELLED.

Georgia Mancio is an award-winning vocalist with a beautiful vocal tone and direct style that lends itself perfectly to her swinging and sophisticated set. It’s a measure of her impressive ability that in 2005 she won the Brussels International Young Jazz Singers Award, was nominated Best Vocalist in the 2015 Parliamentary Jazz Awards and was twice nominated for London Jazz’s “Musician of the Year” in 2016. She has worked with many artists of global stature, including the likes of Bobby McFerrin, Sheila Jordan, Ian Shaw, Liane Carroll, Jason Rebello, Gwilym Simcock and the late, great, Bobby Wellins. In 2013 she began a highly acclaimed collaboration with two-time Grammy award-winning jazz pianist and composer Alan Broadbent, which culminated in their acclaimed 2017 album, “Songbook” and if all that weren’t enough, her longstanding musical partnership with pianist Kate Williams and the Guastalla Quartet released their own record, the 2020 Parliamentary Jazz Award winning 'Finding Home' at the 606 in 2019. A true improviser with a boundless imagination, Georgia produces music of beauty and bite, embracing a wide-ranging jazz repertoire reflecting influences from her Anglo/Italian/Uruguayan heritage alongside her own original writings. She will be joined by her aforementioned collaborator, pianist Kate Williams, the much lauded composer/arranger and music educator who along with her own group has worked with Bobby Wellins, Stan Sulzmann and the Pete Hurt Jazz Orchestra, bassist Oli Hayhurst (Pharoah Sanders, Julian Siegel, Ray Gelato) and drummer Dave Ohm (Ian Shaw, Benny Golson, Gregory Porter). An evening of impeccable musicality and taste.

“[Mancio is] a performer of character, conviction, and relaxed virtuosity” The Guardian ****;  “a sublime vocalist” Jazzwise; “Supremely elegant …one of the hottest singers on the circuit.” Evening Standard; “an object lesson in subtlety…beautiful” All About Jazz *****