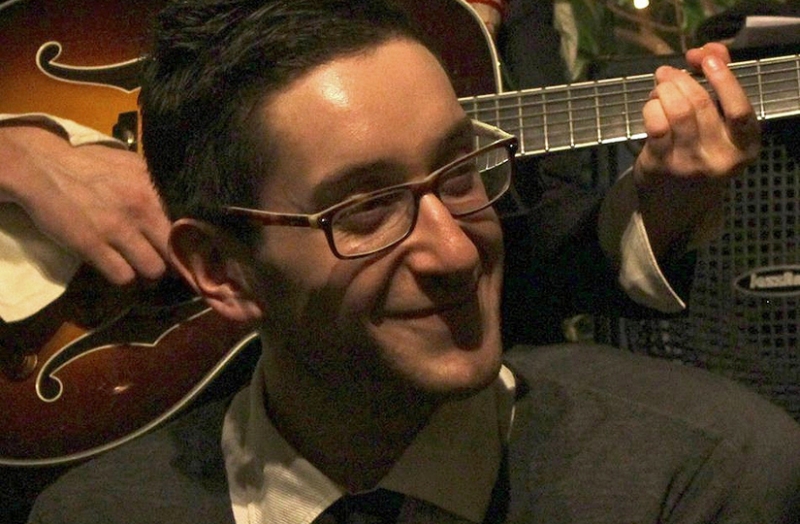 This swinging band, styled as the "feisty little brother" of the “Kansas Smitty's House Band” is led by expatriate American saxophonist and clarinettist Giacomo Smith. Since their founding five years ago, the Smitty’s have become something of a phenomenon, putting their style of 30’s and 40’s jazz and swing, sourced from America’s great jazz cities such as New Orleans and New York, firmly on the London map. Just in the past year, they have appeared at the Royal Albert Hall, Barbican, Boileroom and The Rose Hall at Jazz at Lincoln Center (at the request of Wynton Marsalis)! Although all these musicians are also well known on the modern jazz scene they are extremely enthusiastic about playing this fun, good time music, which they do extremely well – guaranteed to be a highly entertaining evening. And watch out for Giacomo’s special guest this evening, the multi-award-winning trumpeter & BBC Radio 3 New Generation Artist Laura Jurd (member of the Mercury Prize-nominated jazz quartet Dinosaur).

“a lively, friendly, swinging, civilized new band playing approachable music…Bandleader clarinettist/sax Giacomo Smith, from the upper reaches of the Hudson in New York…[his] sound and presence are a welcome addition to the London scene…definitely a band to watch out for” LondonJazz News; “Kansas Smitty’s: London’s new swing princes” Evening Standard; “They dance to a beat of their own drum. Totally unpredictable!”  Cerys Matthews, BBC Radio 2