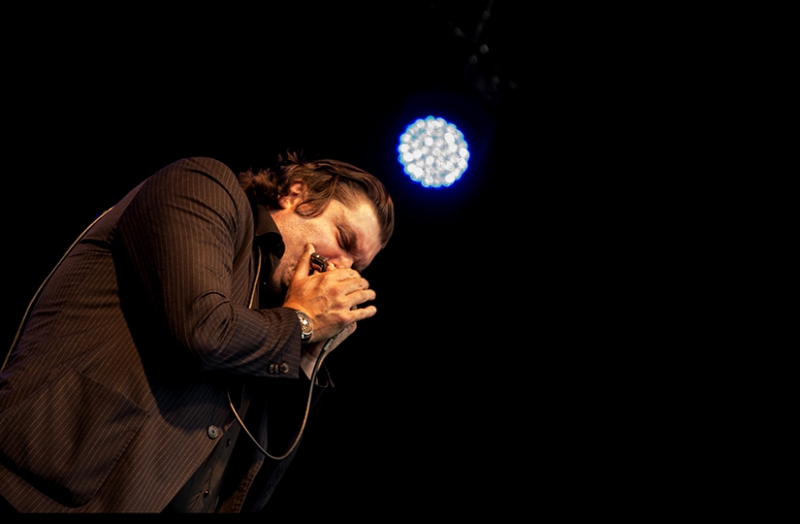 “A phenomenal talent...a harp maestro at the top of his game”

A world-class blues singer and harmonica player, Giles Robson is the only UK blues artist to appear on Chicago’s legendary Alligator Records, who describe him as a “Blues giant, absolute master of the form”. In 2019 Giles became the third UK blues musician alongside Eric Clapton and Peter Green to win a Memphis Blues Music Award (the Grammy of blues music), for his album “Journeys to the Heart of the Blues”, also featuring Joe Louis Walker and Bruce Katz. The album was supported by concerts in fifteen countries worldwide, and was named Living Blues Magazine’s ‘Album of the Decade’. Meanwhile, Giles’ solo record, ‘Don’t Give Up on the Blues’ was one of Mojo Magazine’s album of the year picks, and was described as the best album of 2020 by Sweden’s Jefferson magazine, the world’s longest running print blues mag. You get the idea… he’s very very good! For this 606 performance, Giles will be joined by guitarist & UK Blues Award nominee Chris Corcoran, bassist Paul Carmichael (Alan Holdsworth) and drummer Joe Allotta (Imaani) for what promises to be an epic night of proper blues from start to finish.

"Well worth his place in blues harp history” American Blues Scene; "Giles Robson's blues harp can only be described as exquisite. This man could well be the best harmonica player on the blues scene today" The Daily Express; "A phenomenal talent....  Robson is leading the way in both popularizing the harmonica for the young generation and satisfying established blues fans who just love to hear a harp maestro at the top of his game" Blues Revue Magazine (USA); "There are many living harmonica players of note, from Stevie Wonder to Giles Robson and back again" Paul Jones, BBC Radio 2