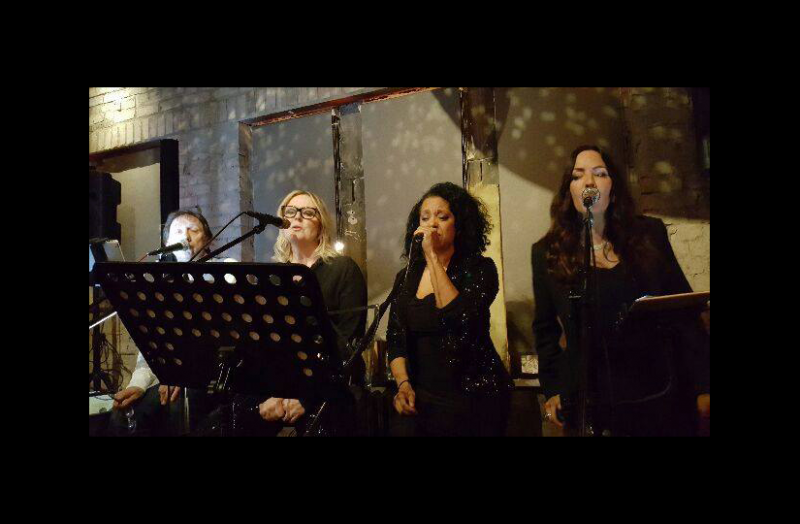 Gina Foster, who is probably best known for her work with the iconic group “Swing Out Sister”, is a truly gifted and impressive singer. Acclaimed as one of the most soulful session vocalists around she has worked prolifically in jazz, soul, groove, pop and dance music with high profile artists including the likes of Eric Clapton and Sinead O’Connor. One of the busiest and most experienced backing vocalists on the UK scene, Tessa Niles's first big break came in the early 1980's when Sting asked her to sing on the Synchronicity World Tour with his band The Police. Since then she has worked with the likes of David Bowie, The Rolling Stones, Annie Lennox, Kylie Minogue, Take That, Tina Turner, Paul McCartney, George Harrison, Tom Jones, Pet Shop Boys, Cliff Richard, Status Quo, Robbie Williams, Cher, Seal and John Denver, but probably her longest musical relationship has been with Eric Clapton, with whom she toured and recorded for over two decades. Tonight, Gina and Tessa will be saluting the world of the backing vocalist, those brilliant singers who add the sparkle to so many headliner's gigs. Over to Gina - "With a lot of help from friend MD Mike Moran on piano (Freddie Mercury, Elton John, George Harrison) Unsung Singers Live is a backstage pass into the world of Rock and Pop. Blending the history of British backing vocalists with revealing storytelling, they feature your favourite unforgettable songs that British unsung vocal heroes helped make hits. Also with vocals from session A-listers Keith Murrell (Madonna, Cliff Richard) and Mim Grey (Paul McCartney, Dave Stewart). And of course, it wouldn't be an Unsung Singers' party without some of Britain's finest session voices joining in for a musical feast for the ears! Try and stop them!" Now this you can't miss.

“Gina Foster…is an incredibly talented and versatile vocalist” Visit London; “Tess Niles…incredible voice” Mirror; “Mim Grey...rare depth and richness” Sunday Express; "Keith Murrell is the best of a tiny handful of British AOR vocalists who can give the Americans a run for their money" teamrock.com