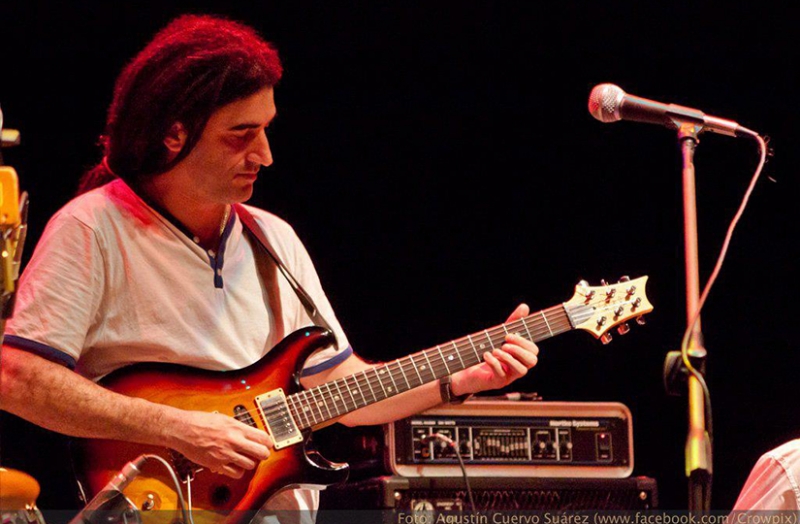 Originally from Montevideo, Uruguay, Guille (pronounced Gee-jay) cut his musical teeth working with some of the finest musicians in Latin America.   He moved to London in 1997 and since then has established himself as a first call musician across the musical spectrum, active on both the Latin and Jazz scenes. He has performed regularly at the likes of the Royal Albert Hall, Ronnie Scotts, Pizza Express and The Vortex as well as touring Europe with a wide variety of projects. The list of artists that he has worked with is a testament to his creativity and skill, including Tom Jones and Mica Paris, Latin performers Monica Vasconcelos and Jennifer Lopez and master Brazilian drummer Airto Moreira. Tonight Guille is bringing his brand new project to the Club performing music influenced by Contemporary and traditional Instrumental music from South America, in particular from his native Uruguay, Argentina and Brazil. The musicians he has chosen are some of the finest Latin players in the UK; Paul Booth-sax/flute, Steve Lodder-piano/keyboards, Andy Lafone-bass and Davide Giovannini-drums.