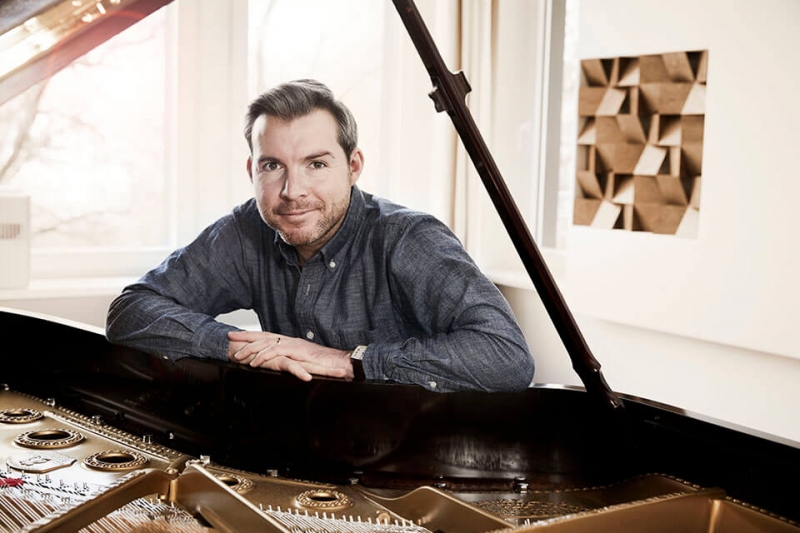 A multi-award winning pianist, Gwilym Simcock is unquestionably one of the finest musicians of his generation. Fluent and highly inventive, his powerful piano playing has been heard with the likes of Dave Holland, Kenny Wheeler, Lee Konitz, Bill Bruford’s Earthworks, Bob Mintzer, Nigel Kennedy and Bobby McFerrin and it’s a testament to his remarkable abilities that he has won the Perrier, BBC Jazz and British Jazz Rising Star Awards as well as being the first jazz musician to be a Radio 3 “New Generation Artist”. He won both "Best Band" and “Jazz Musician of the Year” at the Parliamentary Jazz Awards, was nominated for two more BBC Jazz Awards and his album “Good Days at Schloss Elmau” was the 2011 album of the year at the ‘Barclaycard Mercury Prize’ awards. Currently working with iconic US guitarist Pat Metheny, Chick Corea described him as “a creative genius”, and he is rightly considered to be one of the most exciting musicians to emerge from the UK in recent years. Due to current restrictions Gwilym has been unable to make it to the Club this evening from his home in Germany so, instead, he has recorded a unique solo piano concert featuring a mix of originals and his favourite Jazz standards from his own studio for us instead. And just to make the night that little bit more special Gwilym, in his own words has "written a couple of things for the occasion to make it more of a one-off". Exciting stuff. This is a rare opportunity to hear Gwilym in this setting and this recording will only be available on the 606 Club Online platform as part of our London Jazz Festival programme.