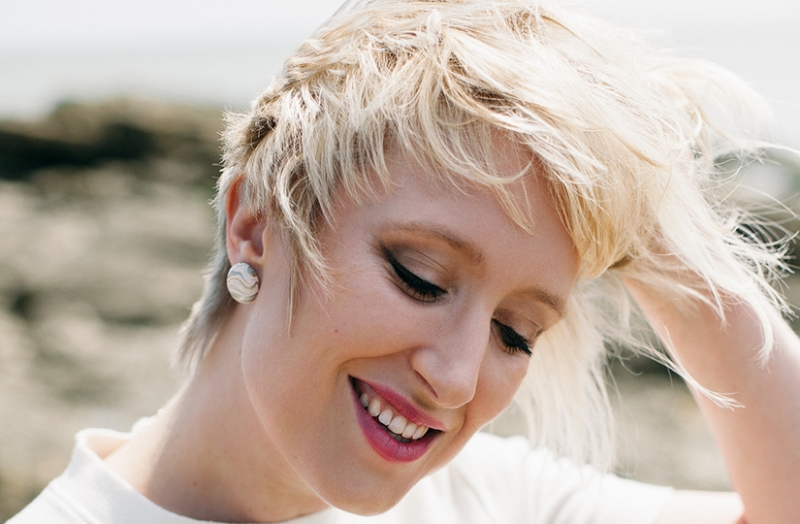 A strikingly original performer, award-winning composer / lyricist and versatile musical adventurer, Gwyneth Herbert is hailed as one the most imaginative and idiosyncratic artists of her generation. In an extra-special, intimate performance at the 606 Club - her "home from home" - Gwyneth is joined onstage by some VERY special guests.

GWYNETH HERBERT
One of the most creative and striking performers working on the UK scene, Gwyneth Herbert’s remarkable voice is something quite special, bringing sophistication to her singer/songwriter material, and a wonderful “edge” to the occasional cover. Since her first CD “Bittersweet and Blue” she has gone on to produce an immensely impressive series of CDs featuring her brilliant songs, including her last album, “The Sea Cabinet”, which yet again garnered universal praise. 2018 saw the release of her 7th album, "Letters I Haven't Written" (✶✶✶✶ "by turns moving, thrilling and entrancing" - Jazzwise); a hugely ambitious accompanying tour involving film, storytelling, and scratch choirs up and down the country; acclaimed performances with her band across North America; live sessions on BBC Radio 2 and 3; and writing / performing in Bristol Old Vic's sell-out smash-hit run of A Christmas Carol.

"✶✶✶✶✶ "A remarkably gifted talent" The Guardian; "Her voice is a thing of beauty" The Times; "✶✶✶✶✶ "Super-talented" The Telegraph; “Brilliantly original” MOJO
----
KRYSTLE WARREN
Kansas City-born, Paris-based songwriter, multi-instrumentalist, and powerhouse vocalist Krystle Warren is an artist who sings from - and speaks to - the heart. Her latest album, "Three the Hard Way", is an elegantly bare testament to the complex resonances of Black music, as well as the traditions of incisive commentary and spiritual seeking that have often walked with them. These are songs of earth and soul, of poetic protest and potent grooves. Co-produced with Ben Kane, (Emily King, D'Angelo), and featuring Warren on the majority of instruments played, this work showcases the extent of her extraordinary musicality. Warren's previous two releases - 2007's "Circles" and the ambitious double-album "Love Songs" - also wowed critics and peers alike, with The Guardian calling the latter "..one of the best albums of the year".

As K.D. Lang said, "You should really give her a listen... You won't believe what you're hearing – she's amazing.”
---
ROSABELLA GREGORY
Award-winning artist-composer Rosabella Gregory dances in and out of genres; collaborating with the likes of Bob James, James Phillips (City Stories), and Anoushka Shankar, arranging for virtuoso musicians Bernhard Schimpelsberger and Soumik Datta, and composing full-length works for the likes of mezzosoprano Sinéad O'Kelly (National Opera Studio), and Musical Theatre's Caroline Sheen. For her own voice, Rosabella reserves an intimate musical language, enriched with folk, jazz, and shades of Indian classical. A storyteller at heart, Gregory's songs are thoughtprovoking observations of the world; poignant, playful, arresting and raw.

"Piano detail as elegant as classic architecture" Paul Sexton, music journalist and broadcaster
---
JACK HARRIS
There's no one quite like Jack Harris - a writer of literate, compassionate jewels of songs that are both steeped in myth and mystery and bring the narrative tradition of folk and blues music into the here and now. He has shared the stage with some of the most important names in folk music, including Martin Carthy, Dave Swarbrick, Dick Gaughan and his current album "The Wide Afternoon", produced by Gerry Diver (Sam Lee, Lisa Knapp, Tom Robinson) was released to great critical acclaim. Jack was the first British winner of the Kerrville Folk Festival's New Folk award in 2005, previous winners including Anais Mitchell, Gillian Welch and Devon Sproule.

"A priest of song" Anais Mitchell; "Powerful, poetic melodies" The Guardian
——-
ROB LUFT
Rob Luft is an award-winning young jazz guitarist from London whose virtuosity has been compared to that of six-string legends John McLaughlin, Al Di Meola & Paco De Lucia. Following the success of his first album, he was nominated for a string of awards – ‘Breakthrough Act’ in the 2018 Jazz FM Awards, ‘Instrumentalist of the Year’ in the 2018 Parliamentary Jazz Awards and ‘Instrumentalist of the Year’ in the 2019 Jazz FM Awards. In addition, Rob was just named a BBC Radio 3 New Generation Artist (one of only two chosen this year). As well as leading his own quintet, Rob collaboratively runs several other projects, including a duo with the Albanian jazz/folk singer and ECM recording artist Elina Duni, a mainstream jazz quartet with Dave O’Higgins, and the nuevo tango quintet Deco Ensemble. Rob is also a regular member of some of London’s finest modern jazz groups, such as Byron Wallen’s “Four Corners”, Eddie Parker’s “Airborn”, and the Chris Batchelor/Steve Buckley quintet. Other concert highlights for Rob include performances with Django Bates, Iain Ballamy, Loose Tubes, and Laura Jurd’s “Dinosaur”.