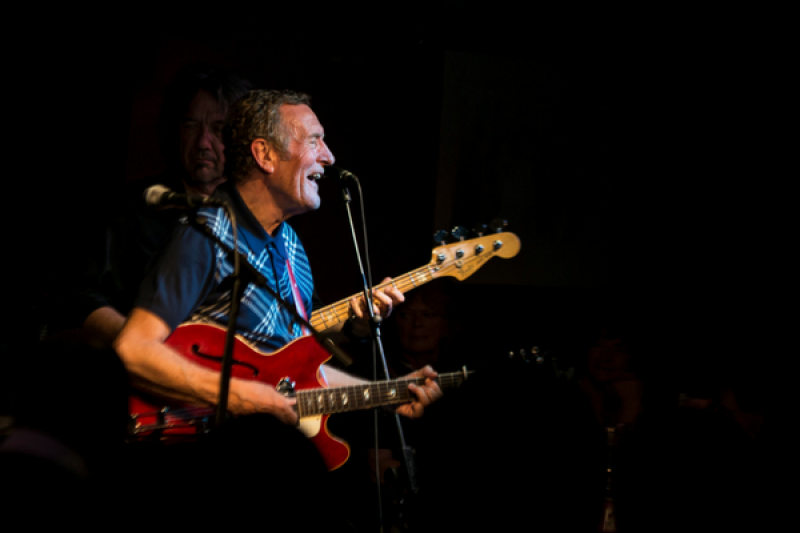 In many ways I think Hamish's support of the 606 Club over the last 20 years or so encapsulates how the commitment of so many great musicians has helped make the Club what it is today. I first met him in the late 90's when he came down to hear one of Tony O'Malley's gigs and after Tony introduced us he said he thought Hamish might like to do gig here. Hamish was already an iconic figure by then, I knew him at that time from his work with the Average White Band and more latterly Paul McCartney, and the fact that he not only agreed to do a gig but approached the whole idea with such enthusiasm, was immensely encouraging for me personally. As many will remember, that one gig grew in to a monthly residency that lasted almost 10 years and included more remarkable nights of music than I care to remember. Although these days Hamish's appearances at the Club are less regular than they once were, he is always an important part of our calendar and no Festival here at the Club would be complete without an appearance from him. Tonight he will be bringing his remarkable 10 piece band in, which includes not only the usual regulars, Jim Watson-keyboards, Adam Phillips-guitar, Steve Pearce-bass and Ian Thomas-drums but also features the addition of Hamish's amazing horn section which boasts not only some of the finest horn players around but also the original sax player from the AWB and old friend of the Club, Molly Duncan. This is a rare outing for this quite remarkable line up and an absolutely guaranteed musical treat. As I say, Hamish is very much musical “family” to us here and this gig is always “special”, not only for the audience but for us too and we are truly looking forward to welcoming him back. Booking definitely advised.

“We love Stuart, the funky ex-Average White Band singer and rhythm guitarist with Chaka Khan, George Benson etc. He's still playing a superior blend of soul and jazz with a great band while his voice has that unique smoky soul allure.” Time Out